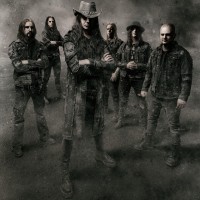 Sweden's Netherbird announced that guitarist and vocalist Johan ''Nord'' Nordin has decided to leave the band after 11 years. The statements of the band and Johan can be read below.

Netherbird commented: "We are sad to announce that Nord is no longer a part of Netherbird. He has been with us for more than a decade and been an integral part of the machinery and will leave a void behind him. We of course stand by his decision and wish him nothing but the best as he embarks on another path in life. Thank you, brother, for all you hard work, your passion and for all the good moments shared."

Nord's statement: "After a long time of consideration, second thoughts and doubts, I have come to a decision to leave the band I love. Not because of any problems with the band, but solely because of the changes in my life situation. As some of you know, I now live out in the countryside since a while back, and it takes much of my time, which resulted in me not giving Netherbird the attention this band deserves - thus I chose to quit. I want only the very best for the band, so it was a right decision even though I'm going to miss it enormously. Going to miss my brothers, going to miss playing together, travelling, laughing. Going to miss the most of it. Probably not the time when during the tour our GPS thought we should make a shortcut through Ukraine, resulting in us being stuck at customs for hours on the way in - and then, after explaining our mistake for another couple of hours, getting stuck in the queue again, now on the way out of the country... Or maybe, well, now in hindsight I miss that as well.

"I wish my brothers all the luck with everything they take up in the future. Going to always be a fan of Netherbird and will still be there in the corner in the days to come to support them behind the mixing console.

"All the love to Johan, Pontus, Tobias, Mikael, Fredrik and Ina. Thank you for everything.