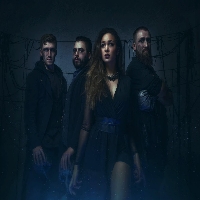 Symphonic metallers Ad Infinitum kick off the final lap with a captivating new single "Animals", plus its new music video, to accompany the release of their upcoming album Chapter II: Legacy, due on October 29th.


Ad Infinitum on the new single: "The release of Chapter II: Legacy is just around the corner but before we unveil this second album, we have one more song to present. "Animals" is a powerful cinematic track that will transport you from Heaven to Hell and back. Would you exchange your humanity for immortality?"