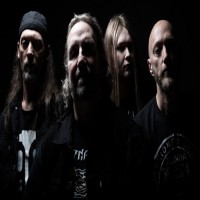 Sacred Reich bassist and vocalist Phil Rind recently gave Steven Ivy (aka Old Head) an update on the band's follow-up to 2019's Awakening, revealing that the band is estimated to have five-to-seven songs tracked down, including two of them written by guitarist Joey Radziwill. Tenatively due for release either later this year or next year, the upcoming sixth record by Sacred Reich was demoed more than a year ago and it will be produced by Arthur Rizk, who also produced Awakening.

When asked if the new record will include songwriting contributions from Radziwill, who replaced the late Jason Rainey a few years ago, Phil replied: "Yeah, I think Joey wrote two songs...I thought we were gonna go actually make a record during the two years that we were off, but things changed, situations changed...but we got about five [or] six songs, maybe even six or seven songs in. So, the writing is firmly underway and Joey's [definitely] come up with two songs that are like, when you hear them you're like, 'Yeah, I bet I know which [are] the two Joey songs [that] are like the super fast, heavy ones', you know what I mean? [And] it's important because that's the energy that he brings, and it's more natural for him at this point in his life than it is for me in my life. I write stuff like "Death Valley", and you know, whatever, but you know, I also wrote "Manifest Reality" and those other songs too, so they're not completely foreign. But Joey has a different take on it, it's cool and I'm excited to have his contributions to the band. We're very lucky with him. We got very, very lucky with him. He just kind of fell in our laps and it's just everything worked out the way it's supposed to and...imagine that."