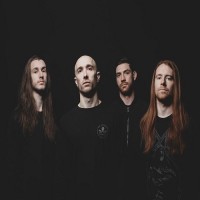 British metallers Sylosis put out a brand new standalone single and video called "Heavy Is The Crown". The four-piece is currently in the midst of the work on their new record. The accompanying music video was produced by Dark Fable Media.

Frontman Josh Middleton comments: "Heavy Is The Crown" is the first of a trilogy of singles we’re releasing this year - these songs were developed during the writing of the next Sylosis record and although weren’t right for the album, are perfect for some standalone bangers. "Heavy Is The Crown" is a song that all our fans can get into and also highlights some of the progression in the band's sound."