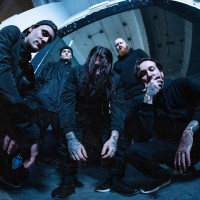 On February 10th 2023, deathcore bringers Distant will put out their third long player entitled Heritage. Comprised of 12 new tracks, it will be released through Century Media Records in several formats. Alongside unveiled album details, check out also the newest single "Orphan Of Blight".

Distant comments on the new single: "If there ever was to be a song that encapsulates everything Distant is, then it's "Orphan Of Blight" from our upcoming album, Heritage. With our signature mix of theatrical and energetic delivery, "Orphan Of Blight" also includes an opera singer as the wonderful icing on a devastating deathcore cake!"