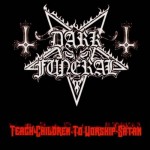 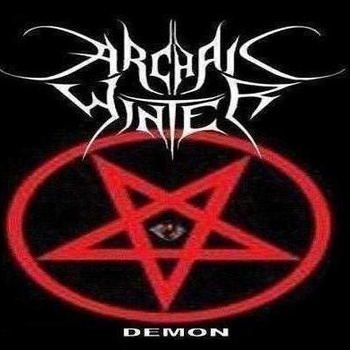 Who doesn't like old-school thrash-infused do-it-yourself black metal? Worthless waste-of-space meat sacks taking up my oxygen, that's who. Demon is a shot of adrenaline and a kick in the throat of the current black metal scene, bucking the trend of depressive atmospheres and pristine productions, keeping the genre's origins intact. The way these guys perform you'd think it was 1995 again, sacrificing goats on stage with obtrusive medieval weaponry while howling incantations to summon all kinds of ungodly spirits. Sure it's raw, but don't call them primitive: there are some excellent melodic riffs on this demo, and the shrieks are pure evil. 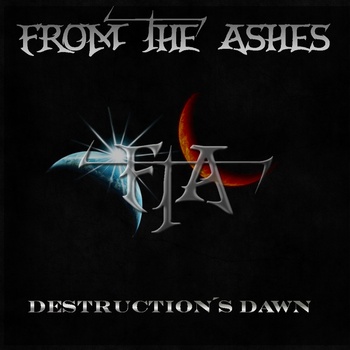 From the Ashes - Destruction's Dawn

In spite of an incredibly... let's say, "thin" production, From the Ashes manage to pull out a rather grim and haunting listen. The experience isn't exactly Lurker Of Chalice-esque, with more simplified chugging riffs and slowed down drum beats dominating the mix, but the pseudo-apocalyptic vibe and loathsome atmosphere make for a pretty daunting task. The keyboards are buried in the background to support the chugging buzz-saw riffing, but the pace-changing antics keep the listener on their toes. At times there seems to be hints of a neo-classical-inspired technique, but this never goes beyond a few "classical" riffs. Melodic and somewhat groovy, but not to the point of leaving the black metal realm. 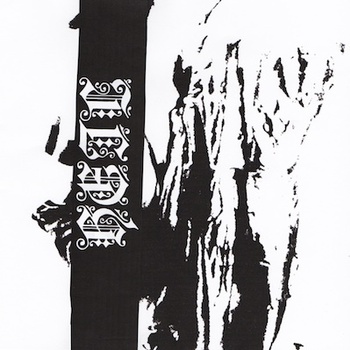 Talk about a raw production - a cassette tape recording of some seriously primitive, intense, slow-paced crust punk. So it's not strictly black metal - or even primarily rooted in black metal - it still kicks your bitch ass back to before your dad nutted up in your mom's ladyparts. The hardcore vibe and chugging brutality are as off-putting as it gets, with heavy distortion and muffled raspy shouts just for the sake of testing your limits. Think you can rock a jackhammer at full throttle with a monolithic migraine? Then give Heil your undivided attention. Also, try to stop thinking of your parents having sex. 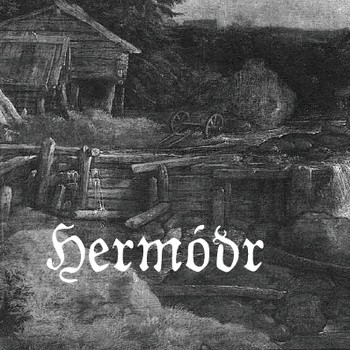 You know what I like? Concise, accurate descriptions. Such as the one on Hermóðr's Bandcamp page: "Debut demo from this buzzy Swedish black metal act. Three captivating and entrancing hymns." You don't say. I'm just trying to figure out a fancy way to stretch this explanation into a few more sentences so I don't look as lazy as I really am. I know, I'll just throw a few names out there... An Autumn For Crippled Children, Old Silver Key, Hypomanie, Heretoir. Check it out if you like fuzzed out, down-tuned, uplifting-yet-depressive atmospheric black metal with all those ethereal post-rock and shoegaze elements. 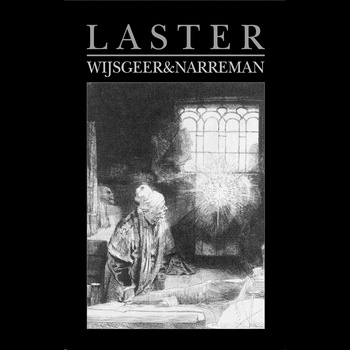 You know what else I like? Rembrandt. And evidently so do Laster, a two-man project from the Netherlands (see: album artwork). Their style of black metal is fuzzed-out and atmospheric, not unlike Hermóðr, but much less airy and more direct in its approach. The demo is a concept album based on Goethe's Faust, and the atmosphere is reflective of the play's tragic nature, at times seemingly wallowing in self-pity, while at others, simply wallowing for the sake of wallowing. Think Woods Of Desolation without all the happy, and a little added pretentiousness. 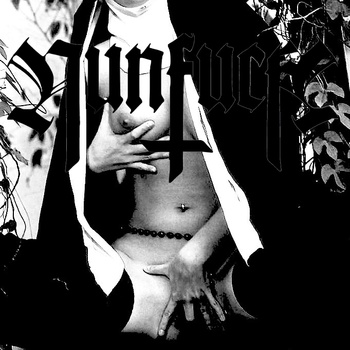 At the end of the day, sometimes you just need to unwind to some beautiful, charismatic gospel music. To let the message of God permeate the soul is an otherworldly experience, a divine and ultimately incomparable majestic journey through spiritual landscapes. Of course, other days require a heavy dosage of Nunfuck - a porngrind-esque raw black metal group of scat-tastic facefucking bestality-endorsing blasphemers supporting the only true message man needs: if it has a hole, you can fuck it. If you can't even jack off to the intro then don't even bother talking to me if we ever meet IRL. Think Anaal Nathrakh members raping the wolves in Catamenia while Impaled Nazarene fistfuck headless goats in the background. Then an anal-prolapsed Rompeprop member shits on everybody. Good times.