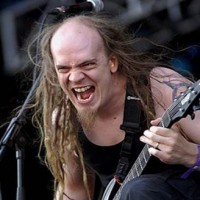 The articles in this series are designed to give a brief overview of a band's entire discography, so as to provide a clear point of entry for the uninitiated. It offers a different approach from the typical review format, for the curious newcomer to a well-traveled band.

There are few artists in metal circles more synonymous with progressive music than the mercurial Devin Townsend. A plethora of other words, such as "longevity," "diversity," "virtuosity," and "baldness," comes to mind when discussing this prolific powerhouse, but like many musicians who could be labeled sui generis, Devin has often defied description; he has produced as many calling cards as he has albums. Fans revere him as much for his absurd sense of humor, charismatic stage presence, and waggish antics as for his bare-faced, personal themes and facility in genre-hopping. Devin's Stakhanovite production and diffuse array of influences have led to a sizable, varied, and yet highly consistent discography that has brought a great deal of acclaim and made him one of metal's most recognizable personalities even as he crosses freely in and out of the genre. It is this capacity for stylistic variety, as well as his instantly recognizable and quasi-undefinable sonic signature, that lands him in the sights of prog fans, despite the fact that his music is rarely as technical or theoretically unorthodox as that of typical progressive metal artists. His earlier works also exhibit a stark tonal divide attributable to his bipolar disorder, with the serene, exuberant, melodic atmospheres of his solo and Devin Townsend Band releases said to represent the "manic" side and the raw, industrial brutality of Strapping Young Lad to reflect the "depressive" side. The sharpness of this contrast has lessened over the years as Devin's work has taken on new forms and his relationship with himself has evolved, but his capacity for opposite musical extremes remains undiminished.

Efficiently organizing such a sizable discography (under so many different names, no less) presents certain challenges. Formatting, for starters, as we have recently discovered that Metal Storm does actually have a character limit on articles, and if there is one person out there with enough character to test the very limits of it, it is Devin Townsend. To avoid running into that barrier, and also to pare my assessments into readable segments, I have elected to divide Devin's career chronologically, with one article for each decade of his work thus far. Within each segment, I will take his albums by release date rather than by project. Furthermore, once more in the interest of preserving readability as well as out of mercy for myself, this particular "Getting Into" series will focus on the major projects helmed by Devin, omitting releases with Steve Vai, Front Line Assembly, Bent Sea, and other artists. Those odds and ends that are less germane to the topic may surface later on in some kind of addendum, but for now we are sticking to the main points; the substantial quantities of informally released, demo, and bonus material, often appended to studio releases or compilations in album-length chunks, will also be set aside and left to the imagination of those wishing to pursue Devin's endless proliferation of music even further.

Thus we begin with the 1990s, the decade that saw Devin attain his first foothold in the professional music world. He began with various local bands in the Vancouver scene and produced several home-brewed demos, eventually parlaying his talents into a gig as the vocalist in Steve Vai's band. After appearing on Vai's 1993 album Sex & Religion, accompanying Vai on a world tour, and landing a few stints with other projects, Devin was finally able to focus his efforts on creating his own music, beginning with Strapping Young Lad. During the 1990s, Devin experimented with various sounds and guises, distancing himself from the impersonal nature of his journeyman work and attempting to settle on a voice of his own. The diagnosis of his bipolar disorder in 1997 sparked a new creative awareness that first manifested in 1998's Infinity and has since played a role in much of Devin's work, due to the personal nature of his art. This and other obstacles made the first years a rough time for Devin, but he came out of the '90s with some sizable achievements.

With Devin's career, as with all things, there is a sizable amount of background to push through before getting to the crux of the matter, so please excuse the skewed context-to-review ratio. Fortunately, our starting place, the 1990s, was also Devin's least productive decade (by one interpretation, anyway), so we shall consider the amplitude of the introduction and the paucity of the analytical content to have balanced each other out. The 1990s were when Devin's musical career began in earnest, a very formative time that saw the incipience of his tent-pole projects and his introduction to the musical world at large, first as a hired talent and later with personal credibility. There is very little (some would say nothing) worth overlooking in Devin's discography, so the next installments in this series will be more involved by a good amount; please look forward to the incoming Part II: The 2000s.