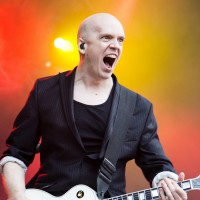 Devin had made his successful return to music in 2009 with the first half of his intended four-part Devin Townsend Project series, and the concept proved so creatively lucrative that he decided to expand the universe by a few albums. Having brought him back to life at the end of the previous decade, the Devin Townsend Project became the object of Devin's focus during the 2010s, and the relative accessibility of the new series of albums helped further increase his profile. While he released fewer studio albums during this time, Devin was also touring more heavily; several carefully curated live spectacles, captured in such releases as the By A Thread collection, The Retinal Circus, Live At The Royal Albert Hall, and Ocean Machine - Live At The Ancient Roman Theatre Plovdiv, joined a wealth of other ancillary material, all of which is worth delving into in its own right. Ultimately, pressured by the increasing size and pragmatism of the DTP operation and feeling that it had run its creative course, Devin once again made the difficult decision to retire his most visible band and continue solo. His final studio release of the decade was his only one not to be part of a larger venture or collaboration.


If there were to be two Ziltoid albums, Z² would be both of them. Rather, if there were three, Z² would be two of them. Or Z² is one of them, but still a double album, and Ziltoid The Omniscient is the other one. Regardless, Z² is two albums. Although he first announced the project shortly after his return in 2009, it took Devin several years to pull it together; when Z² finally emerged in 2014 after a monumental effort, it was in two distinct parts: one-half Devin Townsend Project, entitled Sky Blue, and one-half solo continuation of the first Ziltoid (albeit with a band this time), entitled Dark Matters. Z² was the spearhead of a multimedia endeavor that included such projects as ZTV and Ziltoid Radio, and Devin described the album itself as a kind of retrospective of his career. Though reception was more mixed than to the first Ziltoid and previous DTP releases, Devin's assessment is not without merit, as continuity with a broad span of his past material can be discerned. 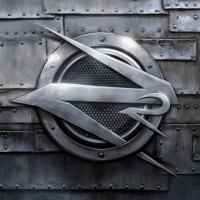 As in the previous decade with Strapping Young Lad, the 2010s saw Devin come into greater success and stability with a widely beloved musical enterprise, but what once was fertile ground eventually grew to be a burden in its own way, driving Devin to lay the theme to rest and move on. As ever, Devin has many irons in the fire to follow up his last release, and we can only imagine what unexpected directions he will take in the future; if the success of Empath suggests anything, it's that Devin has several more lifetimes of music in him yet.

For the moment, this is where we leave this article series: the premise was to cover one decade at a time, and as we have only just begun the fourth decade of Devin's career, there isn't really anything I can offer in the vein of a fourth installment. Still, while the 2020s are only months deep (and most of those swallowed by the pandemic), Devin has been hard at work, releasing several ambient albums and continuing work on a number of other projects. It will be a long time before we reconvene to discuss this content in an article context, but I'm sure we'll have a great deal of excellent music to talk about when that time comes. Thus, while it seems surreal to end a publication like this- I hope to see you all ten years from now.

This is the part of the show where I get hit by a truck and you all come back here in ten years to shake your heads and go, "How sad-"