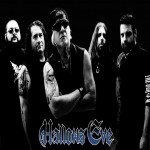 In my ongoing quest to bring some solid fucking thrash metal to the board, let me present thee Hallows Eve. Hallows Eve is a cult Atlanta-based metal band, formed in the early 80's who're known as one of the earliest bands to pioneer speed and thrash metal. Despite their pioneering work and impact on the thrash scene, Hallows Eve somehow always stayed a sort of overlooked and overshadowed band. Notwithstanding their obscure stature as forgotten classic, the first Hallows Eve's albums are still regarded by many as some of the best thrash albums ever (dixit Tartarean Desire Webzine for example).

Whatever the case may be, Hallows Eve seems like a perfect addition to the acclaimed Getting Into-series whatsoever. So here's my share in keeping it true.

The Fall And Rise Of Hallows Eve

Hallows Eve will always be a band having to cope with many line up changes. The amount of drummers this band has worn out is almost taking spinaltapian proportions and over the years, more than two dozen musicians once played as part of Hallows Eve one way or another - which is pretty impressive to say the least.
One day in the early nineties Stacy Andersen was really fed up with the constant line up changes that were taking its toll as the band was falling apart. As the story goes, he took a bus back home effectively ending the band.

According to a posting on the band's MySpace by (current) guitarist Doyle Bright, Hallows Eve have begun work on a new album in the meantime.

Legendary or not, Hallows Eve is definitely a band you should have heard of at least once in your life, certainly when you want to take yourself as being a thrash metal amateur/maniac seriously.
Hallows Eve has always been a relentless, self-willed but above all appealing band never afraid to try out new things and to explore new grounds (probably also the reason why they never made it big). In fact the whole intention of the band from the beginning already was to create music that is diversified, and the band always held to that word as not a single Hallows Eve album (and even song) sounds exactly the same. As said, back in the day Hallows Eve's material was very influential and their music probably had impact on a lot more bands than one would think.

Somebody had to tell you about Hallows Eve sooner or later - do with it as you please. 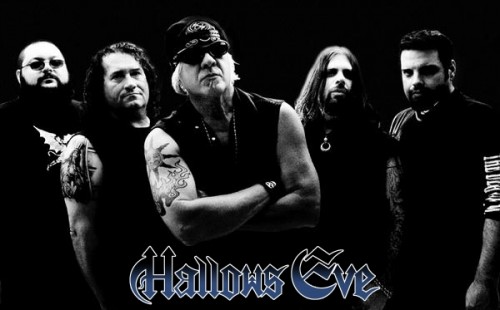 
PS: For the one's interested, a few years ago some particular record label released a very nice Hallows Eve deluxe box set entitled "History Of Terror", including re-mastered versions of the band's first three album, piles of live, demo and rehearsal material and a bonus DVD, with a total playing time of over 200 minutes.