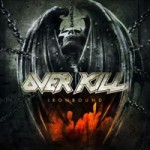 Welcome to the first in a series of "feature" articles. With these specific articles we will make you hot for upcoming albums, events and most major festivals... or at least we'll try to. The main goal is to give you all a more personalized, yet fair pre-review of the particular subject. Enjoy!

Long-running thrash metal outfit Overkill will be releasing their fifteenth(!) full-length studio album, Ironbound later this week... and that's absolutely something to get stoked about!


Truth be told, despite being known for their solid live reputation, Overkill haven't always been that convincing with their studio efforts. A lot of their releases - especially those of the last couple of years - can be seen as pure middle-of-the-road affairs. You know, painfully average, sub-par, nothing more than standard US thrash. Nothing really atrocious though, but not really something to wet your pants over either. But not this time, so it seems; Ironbound promises to knock your woolly socks off. Just check out the album's title track below.


Guess the Killfest tour with label mates Exodus last year did bear some fruit for the band. The East Coast thrash flame is obviously sparked again - something we can only approve. With renowned producer Peter Tägtgren behind the boards, Overkill will prove they still got it; the band seems to have recovered their spot among the absolute frontrunners in thrash metal.

And the band's upcoming European tour with Suicidal Angels and Savage Messiah promises to be another killer tour indeed. The USA and Canada will see Vader, God Dethroned, Warbringer and Evile supporting Overkill - also a nice thrash night out.


So far, 2010 promises to be a good year for thrash metal. Overkill are raising the bar to a pretty high level from the beginning - in contrast to Kreator's abomination early last year. Let's see what bands like Heathen, Flotsam & Jetsam and Exodus (among others) have to bring.

Here are the details again: 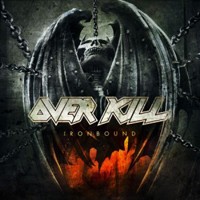