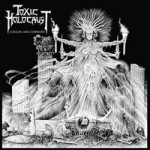 Let's take a look back at 2008...What a great year for thrash it was; Warbringer, Cavalera Conspiracy, Hexen, Bonded By Blood - Those were just the debuts! Not quite a debut, but an album that saw the breakthrough of the formerly underground Toxic Holocaust was An Overdose Of Death..., a release which stood head & shoulders above a good majority of it's rivals that year. The album had all the elements required to make a top-notch thrash release; stripped-down, yet simultaneously full sounding, super-aggressive punk-drenched riffs played at hyper-speed, and just catchy enough.

...But it's been 3 years, we've all overdosed on that album to death by now, or at least you should have - if not, go back and do it now. For those of us who have already spent far too much time rocking out to tracks like "Gravelord" and "Wild Dogs", I come bearing great news. On July 19th, Toxic Holocaust returns with the highly anticipated follow-up Conjure And Command. That's about 2 months away for those of you trying to count on your fingers.

So how awesome will this be? Undoubtedly awesome, as Joel Grind seems to have a strong, realistic vision for what his band should sound like. Don't take our word for it, take his. Mr.Grind was kind enough to give MetalStorm and it's readers an exclusive insight as to what to expect:

"What people can expect from Conjure and Command is a step forward in aggression and speed from our previous records. The production is clearer (not cleaner) and actually more raw if that makes any sense. The distortion has been taken up a notch, you can just hear it better now. The songs and arrangements are more varied this time around but most tracks are balls out sonic mayhem."

Interpret that how you will, it sounds like Toxic Holocaust are sharpening their teeth - doing what they/he does best, but taking it another step further. So in other words, Toxic Holocaust³. All in all, it seems like a natural direction, as the only truly lacking aspect of An Overdose Of Death... was the fact that it was a bit on the repetitive side as a whole.

"Nowhere To Run" - a new cut from the upcoming album can be heard on their myspace. 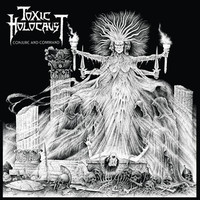 Here's to what's hopefully going to be another thrash-fest leaving us frothing at the mouths.