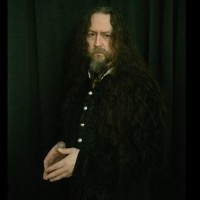 Cast your minds back (if you possess the golden gift of old age) to the early 1990s. While the "alternative" mainstream was dominated by the cultural phenomenon of grunge, there were very exciting developments taking place within the realms of extreme metal - particularly with the second wave of black metal and death metal.

When looking at the genre of death metal, stylistically you could see individual defining features developing in countries like Sweden (Entombed, Unleashed) and America (Death, Obituary). England, too, had its notable characteristics. When looking at this time of genre-defining creativity, it is hard to look past the impact of bands such as Benediction and Bolt Thrower. Dave Ingram was essential in contributing his distinct, pummeling voice to both of these titanic bands, forever solidifying the association between death metal and guttural vocals. Ingram played a pivotal role in the refining of a genre whose influences can be seen still rumbling across the world today. Even now, Ingram is a juggernaut, casting his powerful waves of sonic brutality and continuing to project his quintessential, guttural bellow.

Ingram now resides in Copenhagen, where he is immersed in a multitude of projects, including Ursinne (along with the prolific Jonny Pettersson), Down Among The Dead Men, Troikadon (the triple-fronted band that features Ingram on vocals alongside Kam Lee and Karl Willetts), Echelon, and Just Before Dawn, to name a few. He is also working on the debut album for a band called Hellfrost And Fire, a Celtic Frost/Hellhammer-inspired project. If all that wasn't enough, Ingram is also the host of his own free-to-download radio show, Metal Breakfast Radio, a very entertaining metal show that highlights his unique wit and humour.

In 2007, Ingram became a member of the Church of Satan, later receiving the prestigious "Warlock of the Year" award in 2017. To make this achievement even more impressive, it was the first time that the Church of Satan had ever given this award.

Throughout his entire life, Dave Ingram never stopped working, never stopped bellowing, and never compromised. His career so far has been extremely colourful and his accomplishments span many lifetimes, yet he is still plowing forward with the power of an MBT War Tank.

Back in July of this year, Benediction announced that Ingram would be their singer once again, news that came as a welcome surprise to many fans across the globe. I was happy to catch up with Mr. Ingram and ask him about his return to Benediction, the Church of Satan, and big band swing music...

1. People were very excited to hear about your return to Benediction. How did this come to be?

Initially I was asked to do a handful of shows while former vocalist Dave Hunt worked on his PhD. But it then became apparent that he wasn't going be able to fully commit to the new album, so I was then asked if I would like to return permanently. I can understand Dave's lust for advancing himself through education, and applaud him for it.

2. How has the reaction been to the live shows so far?

It's been phenomenal so far, to use a somewhat tired phrase. But thing is, that sums it up perfectly. The 'Return To Rubicon' has been a complete success so far, even with me suffering from a rather dodgy hip. (Yes, the same one as I was suffering with when we met at the Slovakian festival "Gothoom" in 2018) but besides that minor problem, it has been going superbly.

3. After all these years, it must have been great to jam out to those tunes again. What are some of your favourite songs to sing live?

It's hard to say, really. Funny thing is, I love belting out "Subconscious Terror" even though I didn't write it. When I played my last show with Benediction in 1998 we never got to play that one live and it always stuck with me that I never got to say goodbye to it back then. Though I'm certainly roaring HELLOOOO to it these days!

4. Here's a tough one: you've been (and currently are) a part of many projects. What are your personal top three albums that you've appeared on?

Now that's pretty impossible to say, since it's always the most recent one that sits in your mind, AND a most recent release…but what about recent ones that are finished and yet to be released? I've a couple of those on the burner too, so again…pretty impossible to state particular discs. Each one has had elements that I have loved - which is why I gave the green light for them to be released.

5. Several years ago you were granted the "Warlock Of The Year" award by the Church of Satan. How did you begin your relationship with the church?

Back in 2003 I had a nasty breakdown. I'll keep this brief, but during some therapy I was asked to list books I had never read, yet wanted to. The Satanic Bible was top of that list, and I never got any further than that one as I continued reading all of Anton LaVey's writings. They, and the philosophy of Satanism, resonated deeply with me. I began to study the subject to learn more, and in 2007 I sent my application to become a CoS member.

6. Does much Church of Satan philosophy ever bleed into your lyrics?

Indeed, now and again it will. It's a constant in my mind and my life, so why would it not? Additionally, the lyrics for the band Echelon are all connected to Satanism, either directly or indirectly.

7. You have now replaced Martin Van Drunen as a singer twice, funnily enough. Do you two speak much or ever have a laugh about it?

Actually, it was only once. That was with Hail Of Bullets. Many folk mistakenly think I replaced him in Bolt Thrower, but they forget that after his departure from BT, Karl returned to record the Mercenary album. So technically I replaced Karl, not Martin. Regardless, I saw Martin in Canada a couple of months ago and we were laughing like hyenas. And drinking like it was going out of fashion.

8. Aside from your work with many bands, you also host your own Metal Breakfast Radio. In the past you have also hosted your own Lambert's Basement show, which focused on big-band, jazz and swing. What draws you to this style of music? Would you ever consider reviving the show?

Metal Breakfast Radio is still going, even in a much lesser capacity for various reasons, including me being so damn busy at present. Lambert's Basement will return properly one day, when I am no longer producing my own music in any capacity. Until then there will be the odd special episode now and again.

9. When starting your musical career, who were your biggest influences in terms of vocal and performative style?

I'd definitely have to say that Kam Lee and Tom G. Warrior were HUGE vocal influences - as well as lyrically. When it came to certain structures and content I took influence from Ian Anderson, Steve Ignorant, Nick Blinko, Ozzy, Dio, and Ian Gillan.

10. What's in the future for Benediction?

More live shows, a new album in the works, and more live shows promoting the new album. All pickled in a choice of delicious ales.

11. What else should we be aware of that may be coming from you in the future?

Social media posts about my dogs, Doctor Who, and what is the best time to have a drink. Which we all know is BEER O'CLOCK! Besides that there's new music from previous bands, new bands, big projects, and guest spots. As long as my hip holds out it's going to be busy as all Hell.

12. A final, classic question… What advice would you give to any young bands starting out today?

Be true to yourselves and each other. Forge onwards in the face of adversity, and make every glass a half FULL one. Use the internet as a tool for self-promotion in every way possible (but don't be dicks and overly push yourselves in ways that will get you ignored. You'll know it if/when you do it.) Finally…persevere.