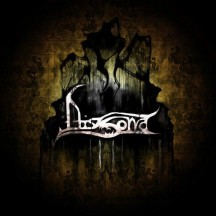 
A good progressive metal album is like a maze. Full of twists and turns that keep you guessing and doubling back on yourself. Having you, the ideally puzzled listener, scratching your head as you struggle to come to grips with that strange sense that you know where you're going until you round a bend and WHACK! You're confronted with something entirely unexpected as things undergo an abrupt change and for a split second you've got no idea what's going on until the sudden morph in sound picks you up and carries you further along. What am I babbling about? Well I'm just describing where I was at when coming to terms with Dissona's latest, and to date only, album, the self titled Dissona.

I'll say this upfront; if you like avant-garde/progressive bands of Leprous' ilk you're going to find something to enjoy here. It's got that same bewildering yet immediately engaging mix of influences from various progressive legends. Whereas Leprous, such as in their latest release, manages to convincingly mask these influences with their own guise, Dissona don't quite manage this same feat as their identity isn't quite as solidified. These influences are just as wide ranging though, if not moreso, and Dissona bring them together in a staggeringly diverse album. The strong symphonic progressive elements which form the backbone of this release are reminiscent of bands such as Symphony X and Suspyre, as can be seen on "Nest" and "Immersion".

This is a parrot of an album, it mimics those it witnesses and its plumage is bright and colourful, almost overindulging to the senses. "Eccentress", what is most definitely a highlight, swings in with an amusing swagger with many influences being brought into the fray, the obvious presence of prog rock legends Gentle Giant are dealt with exceptionally well.

To say that the vocalist, Dave Dubenic, is talented would be an understatement, his mimicry and delivery in general is extraordinary. His voice is so diverse it is difficult to follow him throughout the album, he takes on an impossible array of personas ranging from Gildenlow to Hedlund to Townsend. He breaks free from rarely witnessed cleans to dominating harsh vocals with ease. While Dubenic certainly steals the show, breathing life into this wonderful album is a band of equal diversity and creativity for song writing. The guitar work is delicious to say the least; always shifting to maintain consistent interest in the listener. The bass and drums in particular hold a strong presence throughout giving the album a very satisfying density, with the keyboards traced through efficiently never over-saturating things.

All the tracks have their own bundle of surprises in store, perhaps teetering a little in quality nearing the end of the album such as on the final two offerings. Even the short interludes are surprisingly engaging, the second of these cleverly overlapping with "Lapse Into Hysteria."

This is a debut unparalleled in its ability to bring so many influences to the table and serve such a tantalising and hearty gourmet meal of progressive metal.