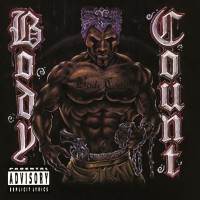 
Body Count are a band that initially got a raw deal, overshadowed by the man who stood behind the microphone and the media frenzy surrounding "Cop Killer". Behind all this stands an album, Body Count, that was forged in flames and tougher for the experience. Now rightfully seen as a band in their own right, Body Count had a difficult birth.

Seeing this album labelled rap metal in a post nu-metal world does the album a disservice, Body Count has more in common with Sucidial Tendencies than Limp Bizkit. Featuring no rapping at all, it approaches the metal genre from a rap mentality that combines the rawness of both worlds to create one hell of audio attack.

The take no prisoners rawness of songs like "KKK Bitch", "There Goes The Neighbourhood" and "Cop Killer" grabs your attention and forces you to focus on some of the best crossover you will hear as it pummels you relentlessly. If you think the album doesn't deal with metal themes, I would direct you to "Momma's Gotta Die Tonight"; if you think Cannibal Corpse have the market cornered on gore in metal, then Body Count make a claim that there is more than one option on this open market.

Credit must be given to Body Count for merging rap and metal almost seamlessly, introducing themes that were in the minority in metal (especially in 1992); songs like "Body Count" and "There Goes The Neighbourhood" blend these two elements as if it was the most natural thing in the world. The use of skits allows depth to be added without bogging the songs down in exposition.

The band are no slouches on their instruments, graduates of hardcore; while there are occasional moments of flashiness, the band focus on sharpened simplicity to pierce through your eardrums. If this sounds like a critique then think again; much like the Ramones, simplicity is as effective as complexity when done right, which is what Body Count do song after song. Ernie C and D-Roc take their cues from Black Flag and smash you over the head with their guitars rather than enticing you to listen. Mooseman's bass underpins everything and its low end adds greatly to the grittiness of the band's aesthetic.

If you are not a fan of rap music at all then this album will rub you up the wrong way in places. Songs like "Body Count's In The House" or "Body Count Anthem" serve as metal songs which borrow heavily from rap, with the tracks featuring many traits which won't convert those who find no pleasure in it. These moments are a small piece of the album, though with the flowing rap aesthetic I can't see many of the album's other tracks being enough to overcome this issue.

Body Count is a solid crossover album that serves as a junction for both metal and hardcore, and metal and rap; not only is the album able to merge these sounds into one hell of a sonic brew, but they are able to balance these sounds in a manner that will provide each sub section with something to sink their teeth into. Don't sleep on this album, you'll be missing out on one of the best albums from the nascency of the 90s.