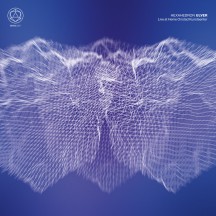 I guess I don't have to bring up Ulver's entire history, but what interests us starts in 2009. Namely the band's live activity and their transition from studio project to full-fledged band. This solidified in the The Norwegian National Opera live album, which is pretty much the first type of live album I mentioned. Around the same time Ulver dropped Wars Of The Roses, their most commercial release yet. In 2012, Ulver have both a Roadburn performance put to live record and a studio album of 60s covers, so that's kind of a blend between the second and the third version of live albums. Terrestrials and Messe I.X-VI.X came and went, and in 2016 we have a clear-cut live album from the third category: ATGCLVLSSCAP. Followed by 2017's The Assassination Of Julius Caesar, their most commercial release yet. And then another live album from the third category in 2019's Drone Activity. And then 2020's Flowers Of Evil, their most commercial release yet. Noticing a pattern?

Of course release dates and recording times shouldn't be conflated, and there might be some coincidence in how the releases are planned. Hexahedron for instance was recorded in April 2018, prior to Flowers Of Evil's recording, so it's not like the band is constantly hopping between art pop and live ambient improvisation. Still, if there's any Ulver album I feel like Hexahedron has a kinship too, it's Drone Activity, both being commissioned performances mostly focused on droning ambiance. In some ways Hexahedron is a groovier Drone Activity. But that's a bit reductive. "Enter The Void", the album's started and the name of one of the trippiest movies ever, does feel pretty in line with Drone Activity, featuring mostly ambient drones over elongated periods of time, but afterwards the bands inject a fair amount of progressive electronic in the sound. There's repetition abound, but the grooves can almost invite dancing at times, like in "A Fearful Symmetry", a track also graced by Rygg's vocals.

Each groove feels so particularly Ulver-ish that I can still feel touches of the krautrock improvisations of ATGCLVLSSCAP in songs like "Bounty Hunter". But if ATGCLVLSSCAP seems to have been carefully touched upon after the performance, Hexahedron feels a bit rawer in terms of how it clearly accepts its status as a live album. The sound feels more confined to a venue rather than a studio, and even though I haven't noticed any crowd or crew noises, it feels like it would feel like closing your eyes in the silent crowd while the band is performing. Might also go hand in hand in how the band puts the album's live album status in the title. Makes you quite wish all venues had sound engineers as apt as the ones Henie Onstad Kunstsenter used here. Although it's not like the post mastering isn't felt, it just doesn't interfere with the live feeling.

So Hexahedron follows the recent trail of Ulver live albums, bringing worthwhile original material that experiments with drone, ambient and improvisation, but this time they're more confident in its status as a live album instead of an album recorded live.

Written on 02.09.2021 by
RaduP
Doesn't matter that much to me if you agree with me, as long as you checked the album out.
More reviews by RaduP ››