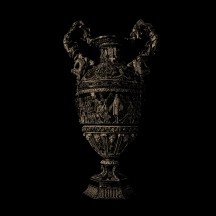 Mastiff hit pretty big a couple of years ago with 2019's Plague, whose hardcore leanings made their brand of sludge incredibly hard-hitting, while the sludge leaning made their brand of hardcore incredibly ugly. We promptly nominated that in the Sludge category of that year, so you can expect that I was pretty excited to see the "miserable band from a miserable town" of Hull would have up their sleeve the next time around. If you guessed "ugly hardcore sludge", you guessed right! That's precisely what Leave Me The Ashes Of The Earth is. It spews bile and wrath, and it has demolished all the walls of my house.

Now it would be pretty reductive to just say that Leave Me The Ashes Of The Earth is just hardcore sludge akin to Plague and just leave it at that. Even if that's mostly correct. Plague as fantastic of an album as that was, had the band still not entirely in control of mixing both the sludge and the hardcore, as well as not as keen of spicing things up. Leave Me The Ashes Of The Earth is even shorter than Plague (by a very very small margin) but it feels like it contains more music by mere increase in the creativity of the brands of hardcore involved. Some feel closer to classic hardcore, some are more grindy powerviolence, and I swear that some breakdowns feel almost deathcore-ish.

Of course it isn't just the hardcore sides of Mastiff's sound that have been polished. There are moments, like the opener, where it feels like the band's atmospheric tendencies do creep up and it can lead their sound closer to the doom part of sludge. Some songs, like "Endless" have a strong blackened injection of blast-beating and tremolo-picked riffs, and while having some black metal isn't new for Mastiff, the way they juggle around these different sounds feels pretty organic. Leave Me The Ashes Of The Earth, for it's brief 30 minutes runtime, shifts paces and sounds, displaying variety of and mastery over its sound. There's not one moment that doesn't feel crushing in some way, whether it's the gigantic slower tempos or the trampling faster ones.

If Leave Me The Ashes Of The Earth shows us anything, it's the angriest way to feel miserable.