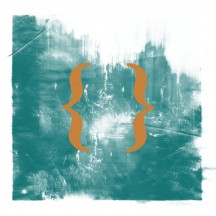 
Oathbreaker are great, so clearly mixing post-metal, black metal and hardcore works, which raises the question of why more bands don’t seem to try it. Still serves as another example of how potent this combination can be.

{ } is the debut full-length from Hull-based band Still. First things first, this is, like 〇, another case of a band making their music unnecessarily difficult to find; have a go at sticking ‘Still { }’ into a search engine and see where it gets you. Quibbles concerning unnecessarily obtuse band/album names aside, { } is an emphatic first LP from Still; the base to the record is rooted in post-metal, but there are regular bursts of hardcore aggression and liberal use of black metal elements throughout, resulting in an album that is bleak, at times vicious, but also potently atmospheric.

The album opens with “Droves”, which exhibits the blackened edge that some of Still’s more menacing riffing has. The weighty brooding of the opening minutes of this song channels some of Regarde Les Hommes Tomber’s earlier material; when the song slows down afterwards, the grim chords, Amenra-esque vocals and general morose atmosphere draw the listener right in, who is briefly surprised by some really nice guitar arpeggios. { } do throw in occasional bursts of blackened brutality or hardcore savagery, but the onus is always on sustaining the heavy, suffocating atmosphere of a track. The atmosphere can become particularly suffocating when Still throw in some pounding tom-heavy drumming and malevolent semi-dissonant black metal riffing, such as on “Continued Suffering Of An Endless Night” as they again channel Regarde Les Hommes Tomber.

The first couple of songs are quite suffocating, but “We Were Ghosts (All Along)” and “All But Lost” see the band start to explore more spacious segments of songs, letting the post-metal really come through, and also dabble with slightly lighter tones; “All But Lost” is less blackened hardcore (for some of that, try “A Pendulous Spirit, Pt. 1 - The Great Expanse”) and more blackened post-hardcore, particularly with some of the bright gaze-y moments it features. Although { } is a mostly harsh-tinged listen, the range of dynamics and moments of levity that can be found across the record, such as the further hints of blackgaze in songs like “Half Hands Won’t Hold”, avoid the experience becoming gruelling.

Clocking in at just shy of an hour, { } is a fairly long debut effort, albeit arguably not that long for the post-black subgenre as a whole. There are moments in the latter stretch of the record where one’s attention does begin to wane, but it’s hard to pin this to any particular song, more so the general sound as a whole. The fatigue arguably sets in during the contorted “Drift”, but by giving listeners a chance to recharge on the predominantly soft (clean vocals included) “Blear, Amidst”, Still ensure that the final song, “Ever { I.I.MMXVI }”, is tackled with renewed vigour. Comfortably the longest song on the album at 11 minutes, “Ever...” is a barrage of melancholic tremolo and anguished cries contrasted with morose muted segments, revealing more than any other song here the proximity of post-black metal and blackgaze as microgenres. After the bleak menace of most of the rest of the album, the sorrowful tones liberally used throughout the song serve as a powerful denouement to the record.

Successfully exploring the space between black metal, post-metal and more hardcore-oriented styles, Still conjure up something that navigates and combines the range of emotions that each individual style can induce. It’s not quite the next Rheia, but { } is a really strong first outing.

Written on 07.10.2021 by
musclassia
Hey chief let's talk why not
More reviews by musclassia ››