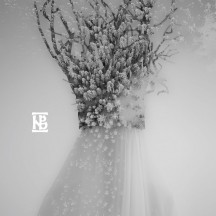 
This is an album of immense subjective value to me. The final Negură Bunget album.

“The final Negură Bunget album.” It’s weird to even write that. This is a band with a very divisive career in its later years. Formed as a pretty straight-forward symphonic black metal band in the mid 90s, and then slowly building a more progressive and folk-oriented sound that culminated with the masterpiece that is 2006’s OM. The importance of that album for Romania’s scene cannot be understated. Chances are, if you even made contact with Romanian metal, it is due to that album. The lineup that recorded that album dissolved in 2009, with two of the three members forming Dordeduh, and the drummer Negru recruiting a new lineup. Cue some more lineup implosions until 2013, when the final lineup was formed, with a couple of borrowed Grimegod members among others. This is the lineup that embarked on bringing Negru’s vision of a “Transylvanian Trilogy” to life, a trio of albums dedicated to the nature, myths, and traditions of Transylvania. The first two of these, 2015’s Tău and 2016’s Zi, weren’t particularly well-received, but they did find some admirers. There was one more album left. On the 21st of May 2017, Gabriel “Negru” Mafa suffered a fatal heart attack. He was 42 years old.

I was aware of this album’s potential existence for a long time. I had heard rumours that the drum parts for the next record were already recorded, and that the rest of the band would build the album around those. These were confirmed around 2018. And then… silence! Most of the lineup were already content playing in either Sur Austru or Tragacanth and the fabled final Negură Bunget became tangled in legend, quite like Control Denied’s fabled sophomore. I was content with Zi being the band’s swansong, as I found it the strongest release under this lineup, but there was still the feeling of an incomplete trilogy. The “what ifs”. The Nordland III and IV. The Magica II and III. Zău would remain a thought or a finished album in a hard drive caught in between name ownership disputes. Until now.

This is a very hard review to write. Not only is Negură Bunget a band that I feel an almost honor-bound duty to represent, despite any feelings I might have about the veritability of the name’s usage post the 2009 breakup. And I no longer have any chances to do justice to the band. This is the last one. The swansong. Even if Dordeduh and Sunset In The 12th House and Sur Austru and whatever other bands spawned out of Negură Bunget still continue to make music, it still feels like a book was closed. This name said all it could say. And as someone from Transylvania, what other name holds that much weight? I could speak even more paragraphs about what this album’s weight is in my personal subjective importance, but that would not even touch the music that is actually on it. And to be fair, isn’t that the main point. History and significance and names and whatever. It’s still a music album.

Well, this one is also hard to judge from this point of view, because of how constrained the making of the music was by its context. You only have a limited amount of recorded drum parts, and when the drummer is the only legitimate connection you have to the band’s name, you know you can only work with those, even if they’re just sketches. And then you have the rest of the lineup who maybe no longer get along as well once the common denominator is gone, but they still want to honor it. Zău is, as much as I wish it wasn’t, an album that isn’t as impressive once you take away the context of its creation. While it’s a wonder that they managed to create 50 minutes of music with what they had at their disposition, it’s not material that fares that well compared to stuff on Tău or Zi. Part of it is because the songwriting is constrained, and part of it is because the production sounds way too muddy.

I can understand why the former happened. You have limited drum parts, you write around what you have, so that can sometimes mean that you have to fill a bit too much space with ambient folk parts. But the latter? I can’t exactly explain why the album sounds like this. The album is mixed/mastered by Attila Lukinich, who has also worked with a bunch of other Romanian bands like Ordinul Negru and Kultika, and none of them feel this muddy. The way the guitars and bass sound during the black metal parts sounds more like something I’d hear in Pa Vesh En’s Pyrefication, except without the raw appeal, and something unfitting of the otherworldly folk transcendence that Negură Bunget is going for, so it’s weird to have an album that sounds better in its folk ambient moments than it its black metal ones. And there’s a couple of those that really could’ve been highlights. And maybe I’m exaggerating a bit because I’m baffled at how the album’s worst quality is the one that wasn’t constrained by the situation.

As far as the songwriting goes, I was surprised to notice that the album’s opener, “Brad”, is the band’s longest song ever, featuring some guest vocals form Manuela Marchis of Katharos XIII, who also performed on Zi. Pretty much all songs start with those ambient folk sections before turning into black metal sooner or later, and then reverting back to ambient folk. Not all of them do it in the same way, and some of them take longer to do it, and “Iarba Fiarelor” doesn’t revert, but it still makes the album feel like it follows a pattern. But it’s understandable, since each song has to have a drum part from the only original member, and also they have to be temperate with how they use those since they’re so limited. Hence why I called it constrained. And on their own, and without taking the production into account, none of the songs are bad per se. But as a whole, Zău feels like an album that had to struggle to exist. And despite its many issues, I’m so glad it exists.

I feel almost rude criticizing this album. Like I’m calling out people who tried their hardest to make sure the story has an end because they could’ve done a better job. But that’s my “job”. And just like I only have this one last chance to do justice to this band, they also had one last chance. And now we have it. This is an album whose existence should be celebrated. The Transylvanian Trilogy now lies finished. The last page is turned. And perhaps it's time to read the book again.

Written on 21.11.2021 by
RaduP
Doesn't matter that much to me if you agree with me, as long as you checked the album out.
More reviews by RaduP ››