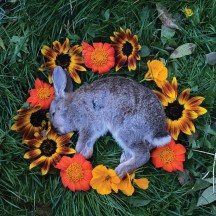 
Stoner metal can be a rather hit or miss subbranch of the Metal Tree to cover. Some bands bring dank riffz, trippy atmospheres, and charismatic vocals for days, while many others are just shamelessly rehashing heavy acid rock that was popular 50 years ago. Still others, like Monolord, sit somewhere, well... more toward the middle.

Being perfectly honest, I haven't heard every Monolord album, but, of those I have heard, they've never quite struck me as being much more than a "just OK" kind of band. Your Time To Shine essentially continues this trend, being stoner metal of a sort that, while it doesn't quite open your third eye or launch you to one of Saturn's moons, is still fairly alright for what it is.

Stoner metal typically boils down to two main stylistic approaches: airy, light jamz reminiscent of early psychedelic rock, and a more meaty delivery with heavier riffage, and overall more distortion on bass, guitar, and sometimes even the vocals. In this, Monolord again take something of a middle ground. Your Time To Shine is essentially split between two major sounds that often transition into each other. There's a riff - driven, somewhat groovy technique that forms the album's bulk (as on opener "The Weary") and a slower, relaxed, melodic offering that's slightly more nuanced and emotive.

It's the latter of the two that really catches interest and serves to make Monolord a little more than just fuzzy distortion and midtempo riffs. It mostly comes out on the title track, with its moderate buildup, the reverb - laced, whispery vocals in the middle, and the intriguing acoustic guitar and percussion outro. This is easily the album's strongest track, but the sound it employs comes in the minority on the album as a whole. The majority of Your Time To Shine is composed of the crunchier stoner momentum, and while this sound may carry a bit more gravity to it, it ultimately sounds less unique and becomes a bit samey and predictable over the course of the listen.

That said, one positive thing to note about Your Time To Shine is that it definitely gets better as it progresses. "I'll Be Damned" has what are probably the best grooves on the album, and then the title track and "The Siren Of Yersinia" both expand Monolord's more spacious, atmospheric aspect mentioned earlier. These latter two are also notable as the tracks with the greatest runtime on the album, so my takeaway here is that longer definitely seems to = better for Monolord, as lengthier compositions appear to make the band a bit more comfortable with experimenting and broadening their sound palette. Going forward, I would not at all mind an album from the band with, say, 4 12 minute - or - so tracks, and I do believe it would end up being a good deal better than what they're currently serving up.

The main issues with Your Time To Shine lie with the fact that here Monolord could drop little hints at a more multidimensional, layered sound, but don't go as far into it as they could have. Also, the weighty, midtempo riffs that form the album's core just aren't overly captivating, and don't really grab me the way stoner from bands like Naxatras or Monster Magnet does. But nevertheless, there is definite room for improvement here, and the music of Your Time To Shine does slightly improve across its runtime. That's better than an album that shows no room for refinement and that descends into absolute shit throughout the listen, right?

Written on 22.11.2021 by
Apothecary
Comforting the disturbed and disturbing the comfortable since 2013.
More reviews by Apothecary ››