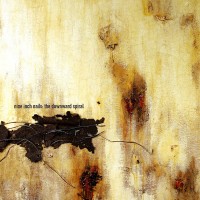 
Throughout the 16 years I've been listening to metal now, I've listened to The Downward Spiral over 1,800 albums. This is the one that has stood out the most and has kept me coming back, discovering something new each time.

While I could make this review (my first review on MS) about the album itself, its ahead-of-the-times production, outstanding songwriting, or even its association with the Manson murders, I want to make it about my personal experience with it.

I first learned about Nine Inch Nails around 2005 time, when I was first getting into metal and started playing guitar. My first experience was with "The Hand That Feeds" included on a disc that came with Kerrang! I thought this music was strange at first (electronic sounds in metal?), but grew to enjoy it. Little did I realise what NIN's back catalog had in stock.

I saved up enough pocket money to buy a NIN album and chose The Downward Spiral, its bleak cover catching my eye. On first listen, I was overwhelmed by the sheer darkness and feeling of despair captured on this album. After a couple more listens, it quickly became addictive. I wanted to learn more about this band and its songwriters (I later learned it is a solo project).

Over the past 15 years, I've revisted this album many times, and each time it doesn't disappoint. I've watched and listened to almost every interview with Trent around that time, watched countless live performances, and seen them live 3 times in person, obsessed with learning as much about the mind behind this masterpiece as possible. I've learned that the best way to do this is just to put on a pair of high-quality headphones (Audio Technica ATH-M50s recommended), pour a good drink, sit back in a dark room and let the music take me back to that first listen, entranced by the sheer darkness of Trent's poetry.

While there are clear highlights on The Downward Spiral ("Closer" and "Hurt" being the most popular), it should be consumed as a whole to fully appreciate the beauty, innovation, and despair that make up what I consider to be the greatest piece of music ever created.

While I've listened to many albums, none of them compare to the journey The Downward Spiral takes you on. A journey through the darkest parts of the mind. An insight into a broken man's psyche. A companion for dark times in your own life, letting you know you aren't alone in suffering.

We are all human, and all have a dark side. Sometimes, all we need is to share it. To me, that is exactly what Trent has achieved here.

This is more than an album. This is a friend for your darkest times.