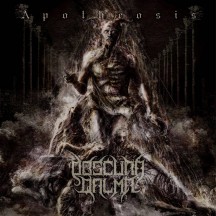 
Some definitions of ‘apotheosis’ refer to it as ‘a culmination or climax of something’; naming your debut record Apotheosis doesn’t give you much place to go for the rest of your career.

When I was getting deeper into metal and first discovered Metal Storm back in 2011, it was a hot year for symphonic death metal, with significant releases from both Fleshgod Apocalypse (Agony) and Septicflesh (The Great Mass). Given how successfully these two bands have established themselves as popular bands, I do find the lack of other symphonic death bands with notable followings that have subsequently emerged to be a bit surprising, particularly when one looks at how many symphonic deathcore bands are coming along at the moment as part of that subgenre’s current fad. Maybe people decided that those two bands covered the bulk of the appeal of combining symphonic arrangements with death metal components by themselves, narrowing the gap in the market for any other such bands, but plenty of other genres have managed to sustain several popular bands doing effectively the same thing. I feel like there’s space for more symphonic death bands to become relatively renowned, and perhaps Obscura Qalma are an up-and-coming candidate for this.

Like Fleshgod Apocalypse, Obscura Qalma hail from Italy, but they’re not a replica of their compatriots. Their blackened death metal feels a bit more ‘deathy’ than at least recent Fleshgod Apocalypse, and there’s less overt melody on the vocal front, with no clean vocals from the band members or song-leading operatic vocals; the ‘symphonic’ vocals are purely background choirs added to dramatize moments within songs. There are admittedly times where the symphonics do feel like they’ve been developed just far enough to add a dramatic layer to sections and no further, but there are also a number of sections where they’ve been intelligently crafted; the use of trumpet sounds in particular is a regularly exciting element within songs.

As far as the metal side is concerned, just as they’ve incorporated the symphonic arrangements to be meaningful and beneficial to the songs, Obscura Qalma avoid the pitfalls of some symphonic metal bands of allowing the strings and choirs to overpower and hide underdeveloped riffing; the guitars are audible and exciting, drifting between chunky grooves, sharp-edged fast attacks and some more technical moments, with some nice solos on top. The album is pretty relentless with its aural assault throughout; one moments where they deviate from this in “Imperial Cult”, with cleaner guitar tones and a more spacious soundscape, stands out positively and suggests that the band could incorporate these less intense moments more regularly into future efforts.

Beyond that, it’s not necessarily an album that rewards digging deeply into specific moments for review purposes; there’s tracks with a slight preference for faster pounding (“Transcending The Sefirot”) or more mid-tempo grooves (“Gemini”), but Apotheosis could perhaps benefit from a slightly greater range to help individual songs stand out a bit more. One last slight niggle is that I had moments where the drums felt a bit low in the mix, but it was a minor thought that could have been due to the speakers I was listening through. Otherwise, this is a solid and fun debut from Obscura Qalma that sits favourably against most of the competition within this subgenre.

Written on 12.12.2021 by
musclassia
Hey chief let's talk why not
More reviews by musclassia ››