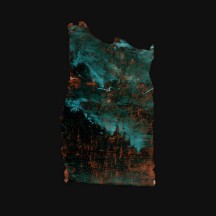 
The Long Road North is a good Cult Of Luna album, but it feels like it’s missing a little something.

It’s weird for me to look back at the time when I truly became a Cult Of Luna fan, back in 2014, when I saw them for the first time at Beyond The Redshift festival (devastatingly, the proposed second edition of this that was going to happen next month has been postponed, due to you know what); as far as I was aware at the time, that was going to be something of a farewell, even if temporary, as the band had announced plans to go on hiatus following the release of Vertikal. Well, in the nearly 8 years since that show, I’ve seen Cult Of Luna a further six times, and as of this weekend they’ve now released four records; when you consider two of those years have been spent in a world-stopping pandemic, they’ve been remarkably prolific for a group that was planning on slowing down. Not only that, but they’ve cemented themselves as a benchmark for reliable excellence, with Mariner and A Dawn To Fear elevating an already staggering discography. For me, The Long Road North isn’t at the level of the previous decade’s incredible trio of records; however, it’s still a respectable addition to the Cult Of Luna oeuvre.

When I reviewed A Dawn To Fear, I mentioned that the record represented a slight shift in sound from the synth-heavy atmospheres of the two albums prior. I would say The Long Road North is something of an extension tonally of A Dawn To Fear, or more specifically the song “Inland Rain” from that album, as well as some tracks from last year’s The Raging River EP. There’s a more ‘earthy’ atmosphere to the album, with the keyboards more in the background, and the record feels more geared towards post-rock than the band’s last few efforts. I’ve seen ‘cinematic’ used in a few places to refer to this new album, which I can perhaps see to some degree. Funnily enough, despite this approach to the album’s sound, the make-up of The Long Road North’s tracklist is actually closest to Vertikal: nine songs, of which three feel more like interludes (“Beyond I”, “Full Moon” and “Beyond II”), one is a softer track (“Into The Night”) and five are ‘typical’ songs.

Now, what can one expect from those different tracks? Well, from those ‘interludes’, “Beyond I” stands out as something of an extension of last year’s collaboration track with Mark Lanegan, although this time around it’s Mariam Wallentin who’s singing on an otherwise stripped-down piece instrumentally. There’s further collaborations on The Long Road North (which seems to be a direction Cult Of Luna are eager to expand into), with saxophonist Colin Stetson featuring on the dark ambient closer “Beyond II”. “Into The Night” sounds like it could have another guest vocalist on, but it’s actually Fredrik Kihlberg who’s doing the singing; typically restricted to only the most hushed of vocals previously, he has some slightly more full-voiced sections on “Into The Night”, and his voice generally sounds a bit different to on past records. This is a slow burn of a song, very post-rock-oriented but with a subtle eerie undertone that gradually grows towards a slightly louder climax.

Then we get onto the ‘meat’ of the album, and where I have to voice my reservations about The Long Road North. The album has definitely grown on me with extensive listening since it came out yesterday, but the concerns that I had on the first couple of listens have remained. Basically, it’s an album that’s lacking compared to previous records in terms of immense climactic moments, as well as missing the emotionally evocative tone that makes songs such as “Finland” or “Lights On The Hill” work so well. Additionally, the core body of the tracks, the brooding mid-tempo riffing and gradually shifting soundscapes, overall feel a bit ‘Cult Of Luna-by-numbers’; there’s generally a degree of memorability and visceral potency missing on The Long Road North that means that it doesn’t connect with me to the extent that the last few albums have. I also find a couple of the songs are slightly undermined by bearing similarities to songs from previous records (such “Cold Burn”, with it’s danceable rhythms akin to “Nightwalkers” and “Wave After Wave”, and “An Offering To The Wild” sounding not unlike “The Fall” in quieter moments), without having the same impact of those songs they bring to mind.

At the same time, as negative as the last paragraph was, there is a base level of quality that Cult Of Luna can be relied upon to bring, and that base level is still high. That aforementioned rhythm of “Cold Burn” gives a good energy to the opening of The Long Road North, and the layered post-rock guitars during the middle of the song do deliver a moving climax. “An Offering To The Wild” is a slow burn, but one that does go hard when it brings the volume, with a noisy storm of sound that builds midway through and a bulky closing riff. The two strongest songs on the record are the title track and “Blood Upon Stone”. The former again slowly builds from ambience, but features an exciting drum-driven build late on that peaks satisfyingly, while “Blood Upon Stone” is more immediate to begin with, while also featuring the strongest integration of post-rock during the midsection, with some great use of post-rock tremolos.

The Long Road North is the least ‘immediate’ album Cult Of Luna have done since arguably Salvation, which does place it in the ‘grower’ category of albums. As a result, I may find myself over time considering it another superlative entry in one of my favorite discographies out there. For now, however, it does feel a bit like Cult Of Luna, considering that streak of resoundingly successful productivity after those talks of a hiatus, may be slightly low on ideas at the minute; nevertheless, the end result is a record that, while not revelatory, is still very enjoyable.

Written on 12.02.2022 by
musclassia
Hey chief let's talk why not
More reviews by musclassia ››