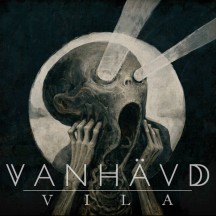 
Swedish blackened doom about Sisyphus and antinatalism. Yeah, this review is gonna get dark, innit?

Let me tell you about my greatest fear. It is not a fear of death, nor a fear of life, of loneliness, of anxiety, of pain; no, it's the creeping sensation I have had for a while now that all of this is just a reprise. All of our fears, joys, sorrows, pains, successes and failures might very well be just… déjà-vu. What if everything we all experience right now is just a decades-long déjà-vu? What if Sir Roger Penrose is entirely correct about his theory on conformal cyclical cosmology? What if Friedrich Nietzsche and the Hindu was and are correct about their ideas on the eternal return? What if I've written this piece an infinite number of times before, you've all read it an infinite number of times before, and I will write and you will read it an infinite number of times again, along with everything else in our lives?

My greatest fear is not something that exists in this world, but something that exists apart from, beyond, and between this world and the previous and the next. My greatest fear is that Sisyphus' work is not an allegory but more or less a literal description of our constant fight against time. What, then, is the point of anything? We have all lived our lives before, made all our mistakes before, and will likewise do so again and again, until the end of the end of times, if such a thing even exists.

"Botten av kosmos / Från ditt första andetag / Dömd på förhand / Till existens" (The bottom of cosmos / From your first breath / Sentenced in advance / Unto existence) - such are the bone-chilling concepts used in this magnificent debut album by Swedish blackened doom band Vanhävd (an archaic word meaning something like a mix of "malpractice", "mismanagement", and "futility"). It is a wonderfully atmospheric, heavy, melancholic, but first and foremost terrifically terrifying collection of songs; most of them more or less perfect.

Feeling any of that existential dread yet? Good. Then you're in the mood for enjoying Vila (Slumber) to its fullest, just as you have so many times before and will so many times again. The album starts out sort of nondescript, with "Låt Köttet Dö" (Let The Flesh Die) being pretty standard fare black/doom. However, after the beautiful guitar hooks in "Likvaka" (Corpse Wake), a tingling music-box melody introduces "Om Den Vulgära Farsens Nonsens" (About The Nonsense Of The Profane Farce) which contains the chilly lyrics I mentioned above, and (ab)uses a sort of offbeat doom riff that is both catchy deeply unsettling at once. It is one of my favourite metal songs of this year, even as I both get the creeps and the cries when listening. I love it and loathe it equally, and that means it's a great fucking piece of art, dear readers.

Vila proceeds through "Tomhet" (Emptiness), "Förkunnaren" (The Proclaimer), and "Drömmaren" (The Dreamer), pretty effortlessly, introducing a more and more heavy focus on spacey synthesisers; particularly an ethereal e-piano that really brings the more post-rocky and ambient moments to the next level. The ambient influences come to a head in "Hatet Mellan Elementarpartiklarna" (The Hate Between The Elementary Particles) which obviously is a totally badass title, but sadly ends up being the most throwaway song on Vila.

However, Vanhävd make up for all this with the absolute cosmic beast that is the closing song “Maskhål" (Wormhole). With lyrics about letting the darkness engulf you, the mass pull you in, they sort of touch this thin line between philosophy, physics, and, well, true fucking metal, that I'm really looking for when listening to music with a more cerebral bent to it. An ambient synth passage personifies the descent into the black hole, and the song starts again as if to imply you're just going to come out on the other side, starting it all over again...

If you are looking for something even more frightening than the done-to-death nihilism, look no further than antinatalism, and if you've been listening to too much The Ruins Of Beverast, do give Vanhävd a listen. It is a damn impressive debut album, and one you will not forget.

I mean, you're more likely to just remember it from our previous aeon. I'll see you in another infinite number of years. Have a good eternity, everybody. I'll see you again real soon...

Big thanks to Nejde for recommending this album to me!