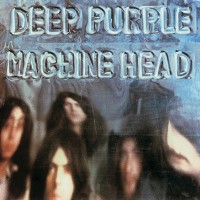 
There was a time when bands like Iron Maiden and Judas Priest were yet to release their first studio albums, but other English bands were busy shaping the future of music. December 1971, more than 50 years ago, Deep Purple decided to record their new material abroad after a grueling UK and US tour schedule supporting their albums In Rock and Fireball. Montreux, Switzerland was already the place to be in Europe. So in an effort to expand their recording exposure while also dodging UK tax levies, Deep Purple booked the Montreux Casino for their recording sessions. It closed its regular gambling operations in winters to become a music venue. What happened next? If you know the lyrics to "Smoke On The Water", you already know the story.

The place burned down prior to them recording anything. During a Frank Zappa and The Mothers Of Invention concert, a fan used a flare gun with too much enthusiasm and lit the roof of the casino on fire, which subsequently burned down in spectacular fashion but thankfully without any casualties. The smoke from the fire over Lake Geneva is what the song is alluding to. Deep Purple relocated to a new recording venue and had to content with the Swiss Polizei due to noise complaints, which led them to relocate one more time to the vacant Grand Hotel. With the help of the famed Rolling Stones mobile studio, they recorded one of the classic progressive rock albums in three weeks.

The ordeal of that experience and the struggles to find a new recording location did little to dampen the creative spirit, besides providing top songwriting material, "Highway Star" remains to date one of the finest songs in all of rock history with Jon Lord impressive keyboard work and overall dynamism. The ambiance is extremely groovy yet progressive as is showcased on "Maybe I'm A Leo" and "Pictures Of Home". The influence of successful great British bands such as Yes and Cream can be heard here. "Never Before" attempts to recapture some of that bluesy funk from In Time and does so with some measure of success. Then comes the classic "Smoke On The Water" in all its simplistic greatness. "Lazy" boogies on, complete with hammond organ and harmonica. "Space Truckin'" makes for an influential groovy closer; just ask Monster Magnet. So for a record that is below the 40-minute mark, Machine Head has a lot to offer.

"When A Blind Man Cries" deserved to be added to this album but was kept to act as the B-Side for the "Never Before" single. That was the cruel world of marketing back then with the vinyl market and media limitation of the times. The other negative comment on this album: The notable absence of my favorite musician Glenn "The Voice Of Rock" Hughes. However, he would make it for that in later years in the band (starting with Burn) as well as with brilliant "covers".

With Ritchie Blackmore on guitars and Roger Glover on bass guitar you get the perfect mix of blues/folk/rock. With Ian Paice on drums and Ian Gillan on vocals you get the most rocking that ever rocked. I challenge you to find me someone who disagree with the fact that this here was one of the best lineups in music history. Machine Head might be more geared towards rock than blues when compared to say In Rock (ironically), probably because it was a sign of the times. In late 1971, many bands got on with the movement that you were in a better shape if you were on the cusp of grooving less and rocking more. I like to think that the overwhelming body of work and legacy of Jimmy Hendrix who had sadly passed away in 1970 had something to do with that shift. Let it be, The Beatles were done with studio albums after sending their vibes across the universe. So back to 1971. Earlier that year, Yes had released The Yes Album, The Rolling Stones had released Sticky Fingers while Uriah Heep had launched Salisbury and Jethro Tull's Aqualung had come to be. In the Republic of Ireland, Rory Gallagher's sophomore output slowly took the world by storm while Thin Lizzy were starting to build a following. In the summer of 71, The Doors released L.A. Woman then Jim Morrison unexpectedly passed away in Paris, France at the age of 27, The Who released Who's Next, Black Sabbath released Master Of Reality while Pink Floyd released Meddle. Led Zeppelin had just released IV in November. Bands like Queen and Electric Light Orchestra were just getting started. I wasn't there, but what a time to be alive.

Whether you paid attention to those lyrics on the iconic "Smoke On The Water" or not, Machine Head remains to this day one of the most iconic prog rock albums of all times. Recorded with what would eventually be referred to as "the classic lineup" a.k.a. Mark II, and a renewed attitude to straightforward no-nonsense songwriting for the ages, Machine Head paved the way for prog rock to expand further and thrive thousandfold from here onwards. Along with fellow pioneers Uriah Heep, Pink Floyd, Led Zeppelin and Black Sabbath, Deep Purple marked the early 70s and defined the golden age of music for us to eventually rediscover with a fresh perspective. It has been 50 years but no one is daring to call this music "dated" as its influence still radiates into the world and can be found deeply entangled into the hearts of many musicians and music lovers. As a rock musician, you haven't made it until you cover "Highway Star".

Written on 14.05.2022 by
Dream Taster
Bringing you reviews of quality music and interesting questions such as: