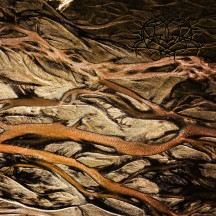 
And just when I though Krallice was finally settling down, Psychagogue happened.

I mean that in two different ways. First, Krallice have been incredibly prolific, but even so they had gaps between album releases that ran longer than two years in the past, as was the case with the three years one prior to 2020's Mass Cathexis. But right before that gap, 2017 had two Krallice releases with Loum and Go Be Forgotten, so it's pretty unpredictable. So I was expecting that since we had a Krallice album in 2020, one in 2021, and we've already had one in 2022, that they'd be done for this year. Nope. And we're not even halfway through the year. If Krallice pull a King Gizzard & The Lizard Wizard that would mean a lot of trouble for my reviewing schedule. I had just started reviewing their albums and now I'm stuck reviewing their resurgence. And it is quite a resurgence.

The second way that I meant the opener is that I opened my review of their previous record, Crystalline Exhaustion, by saying that it was their most grounded work. And there's no way to talk about Psychagogue without comparing it to Crystalline Exhaustion, because they were both clearly done in very similar conditions aiming for very similar sounds. A lot of what set Crystalline Exhaustion apart is also present on Psychagogue, namely the reliance on synths and how they're integrated for the atmosphere, and the way that Barr and McMaster once again switch their usual bass and guitars respectively. But while Psychagogue is certainly more grounded than most of Krallice's work, it feels like a beast that's a bit harder to tame.

The synths here are at their coldest in the epic "Arrokoth Trieme", a track that doesn't feel that far removed from second-wave black metal. Sure, it's a lot proggier than the standard, and few black metal drummers could match Weinstein's fills, but the constant blast beats and the harsh shrieks scream second-wave worship. Things aren't really that simple though, as the band alternates these more straight-forward elements with intricate layering and moments of disharmonic noodling that feel even more angular than their companions in Crystalline Exhaustion. It is that contrast between these two elements of Krallice's music that make Psychagogue such a thrilling listen. Some melodies here are not merely straight-forward and accessible, they're beautiful. And such a contrast should be more grating, but it's not.

In the end, I still prefer Crystalline Exhaustion due to how that felt more like a better designed album, something that was greater than the sum of its parts. Psychagogue has some great individual songs, and none of them feel like just B-sides from the previous album, but I wouldn't be surprised if the basis of it was made from repurposed leftover material. As a result, Psychagogue feels more like a collection of songs. It's not a grating realization, even if the flow of the album isn't fantastic, especially considering the abrupt end of the closer. It is a welcome addition to Krallice's catalogue, further proof of their resurgence, and a tasty serving of off-kilter black metal.

Written on 25.06.2022 by
RaduP
Doesn't matter that much to me if you agree with me, as long as you checked the album out.
More reviews by RaduP ››