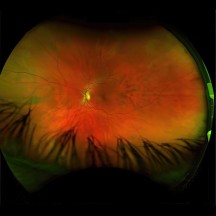 
After a wildcard jack-of-all-trades debut, Greg Puciato shows with Mirrorcell that he'd ace being in Alice In Chains.

In a world that is still getting over the fact that The Dillinger Escape Plan is no longer a thing, ex-frontman Greg Puciato has been keeping himself busy. A bunch of the projects that he started while still in TDEP, like the darkwave The Black Queen and the groove metal supergroup Killer Be Killed, had their second albums released since. In addition to those, he also started a solo career, with his 2020 debut album, which we covered here, being a pretty substantial record, both in size and scope. More than an hour in runtime, and with the styles approached ranging from more extreme branches of metal to synthpop, all bordering on a darkwave-ish common skeleton. Now on the second record, joined by Poison The Well drummer Chris Hornbrook, Greg Puciato is a bit more focused on a single sound.

Mirrorcell does sound like a lot of what Puciato has worked on before, with similar sounds traceable in both his previous album as well as his work with TDEP. But probably most relevant here is the stint he did guesting for and playing live with Jerry Cantrell of Alice In Chains fame. I could already kind of anticipate that this would be the kind of record that would find more references to band that's a major influence than the artist themselves, but then again, I can't deny that a lot of this is not afraid to sound so very close to Alice In Chains, albeit without their trademark vocal harmonies. Puciato has already shown his alt rock range before, but here he sounds like a mix of Layne Staley and Troy Sanders, along with some of his more unique inflexions. Self-harmonization is always a nice trick to have, especially when your voice is so good, but it still can't replace the real thing.

Casting this aside as just Greg Puciato trying to make a synthier Alice In Chains record would be pretty reductive. While the influence is strong and can border on derivative, there's still a lot on Mirrorcell that deviates pretty significantly from that. "Lowered" for example, featuring Code Orange's Reba Meyers on vocals, reminds of a lot of the pop-laden synthpop songs on Child Soldier: Creator Of God, followed closely by the soft-Nine Inch Nails-ish "We", and those are just the most obvious examples. The mix of grunge, darkwave, post-punk, shoegaze, post-metal that permeates other tracks does offer plenty of variety even within a more focused sound. All the while also being a more leaner offering, at a bit over 40 minutes in runtime.

In a way, it does feel like a different version of Child Soldier: Creator Of God, and it's hard to assess Mirrorcell without talking about either it or Alice In Chains. But the leanest way to do so is this: Mirrorcell is a swell batch of songs. Some better than others.

Written on 08.07.2022 by
RaduP
Doesn't matter that much to me if you agree with me, as long as you checked the album out.
More reviews by RaduP ››