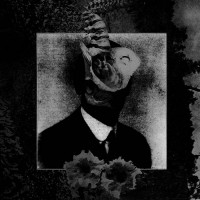 Mord'A'Stigmata were never a conventional black metal band. Even as far back as their debut, 2008's Überrealistic, their black metal was permeated by avant-garde and progressive elements. And yet, in my mind, I always lumped them together with their black metal countrymen like Mgła or Kriegsmaschine or Furia, bands who are also not exactly standard, but you'd still call them black metal bands first and foremost. Up until the last time I encountered the band, that might've been true as well, but Dreams Of Quiet Places amped the atmospheric post and electronic elements to a pretty large degree already, so it is the logical step to go even beyond.

Black metal elements are nearly completely absent from Like Ants and Snakes, leaving a dark jazzy avant-garde post-metal album in its stead that makes Mord'A'Stigmata sound closer to their countrymen in Blindead than any of the bands I mentioned prior. Most of what remains of the black metal is just the very dark atmosphere and the angular guitar melodies you'd expect to hear in a progressive black metal's most mellow moments. Like Ants and Snakes is very dark and atmospheric, as I've already made very clear, but it's mellowness does bring some movement. Though somewhat of an Badalamentian jazzy sound is injected, especially in the appropriately Lynchian titled "I Am The Arm", the music does flow through sections of more momentum at times, often accentuated by the fantastic drumming performance, and the vocals who switch between raspy croons and that nasal tone that every avant-black metal band tried at least once.

The lack of black metal does result in some of the tension feeling unreleased, and as much as the more explosive moments feel rewarding, it's still very relative to call them "explosive". For all its somberness, it feels like building a lot of tension, appropriately musically blue-balling in November. Something that would be very frustrating were the musicians not making music as ensnaring as they do, more harrowing than aggressive, and the gothic touch borderline seductive. Though electronics still make an appearance, it feels like Like Ants and Snakes relies more on post-goth rock guitar melodies than Dreams Of Quiet Places did. And yes, to answer the eternal jazz metal question: it does have a saxophone. But I won't tell you where.

Takes some restraint to shed black metal, and though I can see this feeling more boring to some people (totally valid by the way), there's something very enticing about Mord'A'Stigmata's restraint here.

Written on 13.11.2022 by
RaduP
Doesn't matter that much to me if you agree with me, as long as you checked the album out.
More reviews by RaduP ››