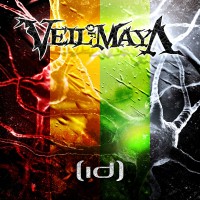 
Two years after releasing their second CD called The Common Man's Collapse, Veil Of Maya returns with a blessing called [id]. This album has achieved something that only a few handpicked albums were able to: the whole album can be listened to as a single song (like Meshuggah's Catch 33, for example) but can also be listened to in a random sequence together with other songs of a playlist, and the songs don't lose their coherence, which does not happen to Catch 33.

I like to think of Veil Of Maya's [id] and The Common Man's Collapse not as two separate albums, but as a single class on how to make metal (or metalcore for you separatists): each one of [id]'s tracks is an idea they develop into a song. Circle, for example, is an idea that focuses on rhythm, while Mowgli focuses one kind of guitar harmony, and Unbreakable focuses heaviness and dissonance. This may not seem perfectly clear if you haven't listened to the album yet, but once you do, you'll understand what I mean. The Common Man's Collapse gathers each of these ideas and shows you (student) how to put them together in a way that are coherent and sweet. Now why have I chosen this metaphor on which these two CDs are a single "class"? If you think of [id] as theory and The Common Man's Collapse as practice, there won't be much explaining to be done.

Enough with the comparison, let's look at this album as just another album. The music is simply amazing, and their musicians, besides talent, have the knowledge of how to put this talent to good use. As a guitarist, I feel forced to talk about Marc Okubo's performance in this CD, which is completely flawless. Knowing how to shred, sweep-pick and tap doesn't make you a good guitarist, what matters is the way you use it: you should use it so that it adds a spice to the music, but using too much spoils it. Marc knows that. Each song is basically a riff or a musical idea (there comes the metaphor again) that they carefully develop into a short song, and they're absolutely not tiring to hear, since the musicians who wrote them know when to end the song. Some people may complain about the shortness of each track, but I prefer to think of it like this: if each of them lasted for, let's say, 8 minutes, would they be as good? A short awesome song is a lot better than a long boring one.

I can guarantee you that you won't regret listening to such a great album, if you end up not liking it, it is important that you've at least listened to it so that you can be more critical when listening to new music, since it is an interesting branch of metalcore with some unique ideas and it's own [id]entity.

P.S. I don't give it a straight-up 10 because of some minor adjustments I would make if I were to write the guitars on this album.