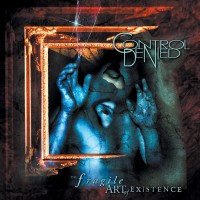 Album Biography:
Some listen to music. Others create it. Still others sculpt sounds of intriguing distinctiveness; of startling creativity instinctively creating new orders, classes and entirely new genres of music fit for others to idyllically mimic. And if there were some universal time line dedicated to metal's most cogent ring leaders; the ones who've unwittingly branded their ingenuity into the minds of all those who listen; it would unquestionably touch on Black Sabbath bleed into the more bombastic realm of Slayer and inevitably wash itself into the sole manipulators of extreme music: Death. Founded by guitarist/ vocalist/ song-writer Chuck Schuldiner, Death blended mature, structured musicianship with assaulting aggression, an influential style of precision and an infinite frontier of thought provoking subject matter from their very inception in 1983.

Lyrically thought provoking and extreme in every way, Death proved that "brutal" could indeed travel beyond the conventional blast beat-pit riff-growl motif. The band's potency instantly earned them respect worldwide. With seven LP's each capitalizing upon the last, and a planet of dedicated Death devotees, Schuldiner had an entirely new musical agenda; an extension of the larger-than-life blue prints drawn up during his years with Death.

Much like Death, Control Denied is fully carved by the song writing expertise of Schuldiner. Leaving the vocalization in the hands of Aymar, The Fragile Art of Existence is the purest form of guitar wizardry planet earth has to offer. Recorded alongside Jim Morris at the legendary morrisound Studios, Control Denied, with its all-star line up, expels a rich, explosive amalgam of vigor, emotion and unbridled power complete with a subtle, classic metal edge; an ultimate progression of Death. A new realm of trend-free metal fit for the sounds of a new millennium.