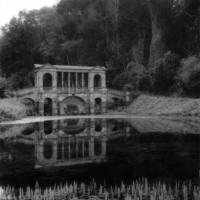 Additional info
Recorded at Unisound Recordings
Produced by Opeth and overseen by Dan Swanö.
Engineered by Dan Swanö.
Mastered at Cutting Room by Peter In De Betou and Opeth.
Cover photos by Tuija Lindström, booklet photos by Lennart Kaltea.
Layout by Timo Ketola.
Music by Mikael Åkerfeldt and Peter Lindgren.
All lyrics by Mikael Åkerfeldt (except "Eternal Soul Torture" written by David Isberg).
The first edition comes with a sticker on the jewel case.

"Eternal Soul Torture" is a demo that was recorded in 1992 and includes some sections that were reused in the studio track "Advent" as well as "In Mist She Was Standing" off of the previous album Orchid. Also re-released in limited tin box in 2003.