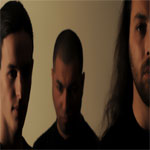 Yuval Kramer, producer and guitarist for Israeli prog metal band Amaseffer has announced a new project ­­- Reign Of The Architect; a new sci-fi saga, featuring some well-known guest musicians and vocalists, as well as introducing fresh, new talents. Reign Of The Architect is an international collaboration started by Mauricio Bustamante, Mexican drummer, and Yuval Kramer himself. It has been in production for the last 4 years. In 2010, Mauricio joined Yuval in Jerusalem, Israel, to finally begin recording their mutual effort.

The story, which the band has yet to reveal, will unfold over the course of 2 albums. The first part to be released in early 2012. Joining Mauricio (drums) and Yuval (guitars), are Israeli vocalists Yotam Avni (Prey For Nothing), Tom Gefen, Davidavi (Vidi) Dolev, Adva Kramer and Grace Hannah Woolf.

The band's first single and artwork are available on their official website.