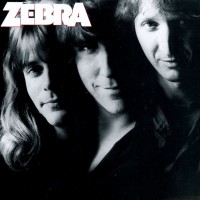 It's been almost two decades since Zebra released their latest album to date, 2003's IV, which was their first since 3.V back in 1986. In a recent interview with WV Music, however, frontman and guitarist Randy Jackson confirmed that the band (who are on tour throughout this spring and summer) has been in the process of working on their long-awaited fifth studio album, which is currently being recorded.

Jackson said: "I can tell you it has been long-awaited! We are starting the recording process on a couple of songs. Hopefully, we will get a good sound, and get into a swing to finish off a bunch. The interesting thing now is how we recorded each record. The process is so different since they have been decades apart. Technology rolls on!"