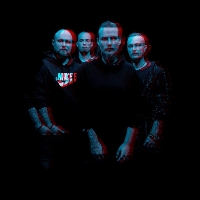 After releasing their latest EP - Hell Is Where The Heart Is - Part I: Love - in January of this year, German/Austrian metallers Oceans have already announced the second part of this masterpiece - the digital EP entitled Hell Is Where The Heart Is - Part II: Longing. It will be released via Nuclear Blast Records on July 29th, 2022. They are presenting a second single, called "I Want To Be Whole Again".

Timo Rotten comments: "This song was written in the midst of the pandemic at a low point in our lives. We had just lost one of the most important foundations of our sanity: playing live music. That was what had kept us sane all these years, and suddenly it was gone. There's a lot of longing and pain in "I Want To Be Whole Again", and I'm sure you can hear that clearly."