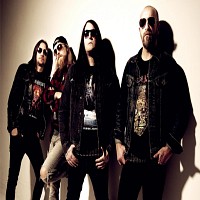 Bloodbath have now premiered their new official music video for the song "Putrefying Corpse", which is taken from the band's recently released album, Survival Of The Sickest. Joining them on this particular track is Napalm Death's frontman Mark “Barney” Greenway. Check it out below.