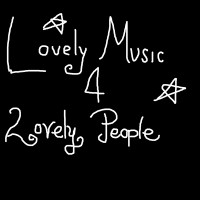 By now, I have published two separate lists of covers I love - and not just any covers, but specifically renditions of nonmetal songs performed by metal bands. There are so many expert homages out there that I can fill two lists even without allowing for metal on metal. But that's not entirely fair, now is it? After all, music isn't that great. Some covers out there suck, and metal bands are responsible for a lot of them. You people have been loving life for too long. It's time I sat you down and slapped you in the face with a cold dose of reality: ten of the worst covers ever to bore holes in my ears.

You know what real punks can't get enough of? Hedonism. Megadeth's infamous cover of the Sex Pistols' "Anarchy in the UK" already dwells in a miasma of controversy; some folks absolutely detest the thrash giant's stiff, snarling rendition of the tune. I don't mind that version myself - I certainly don't hate it enough to put it on a list of my least favorite covers - but, thankfully, Mötley Crüe swooped in to make things even worse. I really think Mötley Crüe had no conception of the type of song they were playing. This is painfully tame, as in, "Gee whiz, Mom says I can be punk, you guys!" Vince Neil doesn't sound angry; he sounds like he's incredibly bored but trying to give the impression of having a good time, and neither approach really suits the song. I've seen baby pandas that were more threatening than this. Get it together, Mötley Crüe. You got out-guitar-soloed by a punk band.

I'm not a big fan of pop music (look at my album votes; I don't have the time), but Lorde is a singer I'll always make an exception for. There's something very cool and refreshing about her pop-poetic style, "Royals" included - and if there's one band I always associate with simple, catchy, fun tunes, it's Otep. Sure, why reproduce the clean, spritely atmosphere of the original? You're different. You're powerful. You're pissed off about something unrelated. It's 1999 and nu metal is the coolest thing in the world. From the Punk Goes Pop school of "I don't care what song it is, I wanna scream!", Otep's version of "Royals" proves beyond the shadow of a doubt that heavy guitars and shrieking vocals do not automatically make everything better. Everyone else was right. Metal is terrible.

"Róisín Dubh (Black Rose): A Rock Legend" is one of the best guitar songs in all of rock music. This piece is a showcase for Scott Gorham and, more importantly, Gary Moore as they shred through traditional Irish tunes and play the single best version of "Danny Boy" that anyone has ever recorded. Northern Kings, on the other hand, is a vocal-centric cover band. The instrumental performances here are thoroughly unconvincing, with the wispiest flutes and frilliest orchestrations ever applied to a Thin Lizzy song. I feel like I'm listening to a showtune on a cruise ship or something. The (single) lead guitar, when it finally shows up, is so laidback I can't take it, and although I give credit for pulling off the ripping riffy section at the end, the alterations to the chord progression give the melodies a much different feel. Talk about completely misunderstanding the appeal of a song. This is probably the only entry on this list that I feel personally slighted by.

not strictly the original, but you see what I mean

This is about as groovy as the ejecta from a horrifying bus disaster.

Listening to this song feels kind of like being force-fed the year 1988. As Kip Winger croons and rasps out the lyrics in an unnecessarily sultry fashion, you can practically see the faceless, feather-boa-d glam rockers prancing around in white boots and clumsily reprogramming the groove on hot pink guitars. I'm not so in love with the original version nor so alienated by Winger's arrangement that I'd chalk up the cover's poor quality to something like a failure to capture the "charm" or misinterpreting the song's spirit, but I do think that this work, like several of the others on this list, displays a lack of insight on the performers' part into the genre of music they play and how well other genres translate into it. Maybe I'm just not cool enough, but "Purple Haze" never struck me as a song that you could easily make sexy or improve upon by making it sound 800% more like Def Leppard.

original-ish, for want of a studio version

Unlike most of the bands on this list, I can claim unreservedly to like Agent Steel (in fact, I have sort of adopted "Agents Of Steel" as my personal theme song), so including them on this list pains me a little, but if it's a bad cover, it's a bad cover. From the beginning, the tempo is as unstable as a radioactive isotope, and although it gets better after the first 30 seconds, it's always threatening to fall apart. That makes me nervous. I'm just not sure how a speed metal band can screw up the speed. Oi. The guitar parts have also been altered in ways that, if interesting, I find a bit difficult to reconcile with the melody I remember, and I'm not a very big fan of John Cyriis's take on the vocal delivery. It's a good thing this was a bonus track, because that means we can ignore it.

For all its muscle, vigor, and volume, heavy metal sometimes fails to compare to a good, ol' rock'n'roll band in terms of chaos potential. Punk and rock, being looser and less reliant on artifice, have a great capacity to build up and can hit levels of groove, rhythm, and feeling that many metal bands can only dream of. I still take metal first any day, of course, but Starkill's cover of "The Pretender" is a great illustration of my point. The guitars are buried in the mix, the shimmering symphony makes the song sound like it's trying to escape reality, and the vocals lack all of the conviction and energy that drive the original. Foo Fighters do benefit from high-level production that seems to have failed Starkill, but Dave Grohl is also a man of boundless energy. The raw spirit is gone; this is merely a band imitating a song without feeling it. Drowning simple, impassioned songs in bombastic affectation is one of metal's less flattering hobbies.

Let's get something straight. Faith No More is not Linkin Park. "Epic" may be epic, especially at the end, but it does not tap into the same angst-ridden wellspring of base emotions that propagates nu metal, and the assertion that Faith No More's wicked funk opera could be reconstituted as a big, dumb pop single makes me crawl in my skin. I'm sensing in this list a common thread of bands misunderstanding the appeal of the songs they cover. If The Veer Union wanted to latch onto a histrionic teenage anthem with a gut-spilling chorus, a thunderous and simple chord progression, and space to practice executing all their favorite edgy pop metal clichés, they should have just covered "Numb" or "In The End" and called it a day.

Megadeth got off scot-free for their Sex Pistols cover, but they're not completely out of the woods. I've heard "Hangar 18"; I've heard "Killing Is My Business"; I've heard "Peace Sells"; I know that Megadeth can hit the groove and hit it hard. At least, they could in the days when they were known more for songs about murder, Satan, and even more murder than for songs about supercolliders. Maybe one of the many things that Megadeth lost over the years was the ability to feel any song that isn't politically charged or guaranteed to pull in cash. This cover is stiff and lifeless, and that's after I've managed to filter out Dave Mustaine's overbearing vocals. There's no fluidity, no musicality - just grumpiness.

Hey, while we're discussing classic thrash bands clumsily covering Led Zeppelin classics, let's close up this list with a two-fer. Everybody has covered "Immigrant Song" - Demons & Wizards, Heidevolk, Enslaved, Virgin Steele, Sebastian Bach, Infectious Grooves, Stryper, The Sword, The Beatles, Little Richard, Franz Liszt, Bohemund of Taranto - y'know, EVERYBODY. All those bands have their own new, personal, sometimes unsuccessful takes on this little golden number, but nobody crunches it into tiny little pieces quite like Dark Angel. This breakneck and practically tone-deaf cover sounds like a herd of triceratops in a china shop. The bass work is quite noteworthy, but "Immigrant Song" as a whole doesn't benefit from being played twice as fast.

BONUS: Manowar is one of my all-time favorite bands, and that's why I feel I can say, without it coming off as too harsh or undeserving, that I hate Manowar.