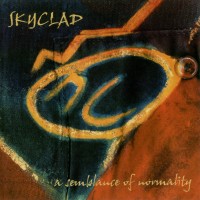 
PIPES INTRO: Well the idea for this intro was to introduce Clad fans to the Northumbrian small pipes - yes we do have our own pipes. They are similar to Irish pipes but are 'chromatic' over two octaves. Anyway, I just asked Andy May (the session pipes and whistle player) to improvise on the theme from 'Lightening the Load' and bend a few of the notes etc and we were all knocked out by the results.

DO THEY MEAN US: A stomping track that looks at the notion that the English are an eccentric lot. There was a T.V. program called this and I was intrigued by such event as flying bird men, rolling cheeses and nettle eating competitions. It's about trying to be English in multi-cultural Britain in the 21st century.

ANOTHERDRINKINGSONG: A great song to do live. It kind of tries to capture the feel of the 'Irish Pub' tours we did. Again there is a lot of reference to the idea of the English Pub as an institution, fascinating stuff to research (Queens Head, Kings Arms etc).

A SURVIVAL CAMPAIGN: This was actually an old lyric I had that Steve really liked and wrote music for. It's based on a board game from the 70's; well sort of. I had to update it, of course, to include computer games - very Matrix. It's about the struggle to succeed - 'in the City' - hence the reference to 'Mr. Polly'

THE SONG OF NO-INVOLVEMENT: Again, this is an old idea, though I never got round to finishing it until I started writing for this album. It's funny how things can lie around for years and then just seem right. Basically, it's saying that I'm a lazy sod and can easily spend hours achieving nothing much.

THE PARLIAMENT OF FOOLS: A very 'Skyclad' song this. I always liked the idea of Chaucer's 'Parliament of Fowls - with the wordplay on Fowls, Foul and Fools, of course. It's also a potted history of my political life (i.e. from Thatcher to Blair). I studied Politics at college briefly and learned something about the philosophies of each of the major UK parties, then gave it up as a bad job. It kind of pokes fun at it all.

TEN LITTLE KINGDOMS: Obviously then, this song follows on from the 'Parliament' (which is why it's on the album at the expense of other 'bonus' tracks). I have to state here (and this is a very political statement from me - not the rest of the band) that as well as being pro- European, I am also strongly in favour of a regional assembly for the North East of England (and have been since the shake up of 1974). This is now a hot political issue - well fairly hot (tepid really) and about time too. It will be interesting to see what happens over the next few years. I mention this because, of course, it completely contradicts the sentiments expressed in the song, which is, if you like, 'the other side of the coin'. I am, obviously, lampooning this argument (how many of you spotted it?) by the way in which the song is delivered (i.e. it's not serious).

LIKE… A BALLAD FOR THE DISENCHANTED: A big nod of respect goes to Alex Harvey here for his version of Next (I know it's not his song). It also builds on the idea that Geordies (people from the North-East) say 'like' at the end of sentences etc for no apparent reason, like. It's quite a personal song this and so difficult to discuss. But I'll bet you can guess that there's a woman (at least one anyway) behind all this.

NTRWB: This is the second part of 'The Roman Wall Blues' the first part of which - in true Skyclad fashion - will appear after the second part (on a single???). Anyway, it's sort of my answer to Auden's 'Roman Wall Blues' (incidentally, also covered by Alex Harvey), which doesn't present a very good picture of the North-East (at least in terms of the weather - but I'll give him that). While it might not have been the best posting in the Empire, recent evidence suggests that (for the Romans at least) it wasn't all bad.

LIGHTENING THE LOAD: another song with a bit of politics in it. I read about the English love of moaning or complaining. Apparently it is worse for middle-aged people who have been let down by the State (pension etc) and have lost all the benefits of youth (i.e. 'cool Britannia'). It is my attempt to put such ideas across in a folk style and while it may be an odd song I really like it.

HYBRID BLUES: Well now, another personal song (bloody women again). Though really I should say that this is my attempt at a 'white man singing the Blues'. Steve (Ramsey) reckons Skyclad have always had Blues influences (he's clearly mad, of course) but I did firstly to humour him but then sort of got carried away with the sheer emotion of it all. Very much in the style of 'woke up this morning and my woman had left me' (again); but such is life. Oh, and I forgot to mention the references to 1930's art in Europe (Marcel Duchamp etc) as by way of contrast.

OUTRO - THE DISSOLUTION OF PARLIAMENT: All I can say about the Outro (apart from the fact that I love it) is that it is based (obviously) on 'Parliament of Fools' but this version brings out the original 7/8 - 8/8 feel to the music Steve wrote much better. I am also proud of Arron for doing the percussion (triple tracked Bodhran indeed) and Georgie for some lovely fiddle work (off the top of her head, of course).

And there you have it, a brief overview of the album's songs. Hope this helped, though it probably didn't, if you want to know more ask Bean. No seriously, visit the Skyclad website and post any questions there and I'll promptly ignore them - er, answer them.

Posted on 23.07.2004 by
Dream Taster
Bringing you reviews of quality music and interesting questions such as: