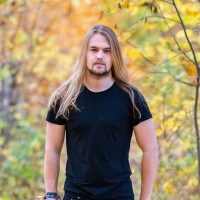 I added Soliloquium on the database after stumbling on their then-upcoming Things We Leave Behind and deciding they were a pretty good addition, but didn't think too much of it. It was a few weeks later, that I find the album in an unexpected place: at the top of our highest rated albums of 2020. It has since been dethroned, but at the time of publishing this, it's still in the top 10. I promptly informed Stefan about it, and one thing lead to another, I found myself asking if he is interested in an interview. Hustler as he is, of course he was. 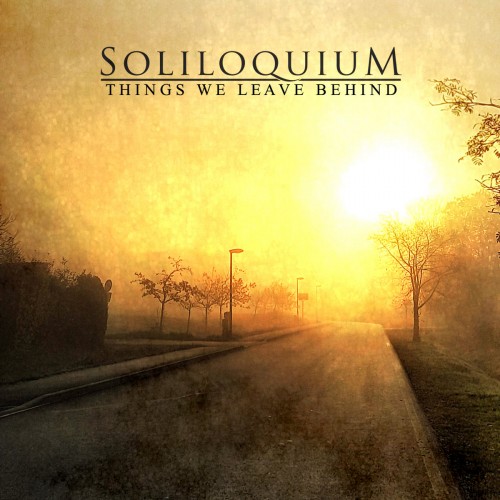 Things We Leave Behind

RP: Soliloquium's Things We Leave Behind was briefly our highest rated album of 2020. How do you feel about that?

SN: It's super-cool and unexpected! I had no idea about it until I was told on Facebook! Pretty crazy to be placed above several very good (not to mention massive) bands. Right now we're still number 5. Would be really cool to wind up on the top 20 for 2020. Either way, it's been a great source for new fans for the band that's been cool to follow.

RP: You've been in the music business since 2009 at least, but it is only now that you've been getting some significant recognition. Did it feel like Leonardo DiCaprio finally getting his Oscar for The Revenant?

It most definitely did. I visited the place where they filmed "The Beach" and took a selfie next to Leo on Madame Tussaud's to find my inner super-star, but 2020 is when it's truly happened for me. I'm destined for fame now.

RP: Jokes aside, you've had your fair share of projects, but what surprised me is that you had already gotten Teddy Möller to do guitars in 2016, and Mikko Heikkilä to do guest vocals as far back as 2018, as well as him and Jari Lindholm on this new one. How did that happen?

Teddy Möller's appearance came naturally, since he was mixing and mastering the Desolator - Spawn Of Misanthropy EP. Very talented and funny guy that's all over the Swedish metal scene. Anyone unfamiliar with Teddy should dive into Loch Vostok, his extreme progressive band. Very good stuff!

The Mikko case is cool. I'm a really big fan of this vocals, and I had some places in my songs that required a clean singer with more power than my own. I had been a fan of his since the first Black Sun Aeon album back in 2008. Eventually, I just tried contacting him on Facebook, and he humbly agreed to sing on the songs. It was a dream come true. All three times he participated in Soliloquium sound amazing. He completely transforms the songs. Sometimes, it's still a bit unreal to hear him on my songs. A very nice guy and one hell of a singer!

Jari Lindholm is another unreal encounter, as Slumber's Fallout is one of my favorite albums of all time. I was looking for someone to mix and master the new Soliloquium album, and he wound up doing it! The sound is amazing, and it's been great working with Jari. As a result, he'll also be doing the upcoming Desolator album. Jari also added some keyboard patterns on Things We Leave Behind.

RP: Other than Mikko, a lot of the guests on Things We Leave Behind are bandmates from your other projects like Desolator and Ending Quest. Does that open up the possibility of new material from any of those?

Yes! We've been working on a Desolator full-length for a couple of years, and it's getting ready to be released. It'll be out on Black Lion Records later this year! As I said earlier, Jari Lindholm mixed and mastered that one, so it sounds smashing. We've also got a celebrity guest solo from Karl Sanders (Nile) on one of the tracks. Obviously, it kicks ass! Another dream come true. Lots of those the last few years, haha.

As for Ending Quest, we might do a song or two. But it's not really a serious or active project anymore. If we do something, it's in good fun and on a slow schedule, haha.

RP: This isn't actually the first time you have earned recognition on this website, as The Ashen Tree's EP won The Best Clandestine Cut in our Metal Storm Awards back in 2018. Tell us a bit about that project and if we can expect anything new from it anytime soon.

The Ashen Tree is an online melodic death/doom metal project featuring me and Schubert Cardozo, a composer and guitarist from India. We originally got in touch on the Metal Archives forum. He had three nice-sounding death/doom tracks that needed lyrics and vocals. At the same time, I really wanted to vocals on other people's music.

It wound up fitting perfectly. I still love what we achieved together on the EP. I'm not sure about anytime soon, but I hope that we will make music together again some time in the future.

RP: The last of your other projects I wanna talk about is the Ashes Of Life album that you did vocals for. Did you contribute more in a guest capacity or as a member?

I think I'm considered a full member, but Ashes Of Life is largely the creation of Tiago Silva. He writes the songs and 90 % of the lyrics. It's a pretty funny story how it came to happen. I was in Lisbon for the Under the Doom festival in December 2018, and I wound up being driven back to town from the festival by Tiago, who I'd never met before.

We were fans of all the same bands (Katatonia, Anathema, Antimatter etc.), and we wound up spinning the then-new Contemplations album in his car. At that point, he had almost finished the songs for the Ashes Of Life album. I wound up doing the extreme vocals. Really happy with how the album turned out. I also wound up returning to Lisbon to live there for several months, but that's a whole other, longer, story.

RP: You come from Sweden and you do death and doom metal. How did you manage to make it work in the oversaturated Swedish metal market? Is there a metal subgenre that isn't oversaturated in Sweden? Maybe grindcore or industrial metal?

In Sweden's metal scene, everyone and their pets have five bands each. It's indeed hard to keep it fresh. I think most metal subgenres are oversatured. But the ones people are playing come and go. The trick with Soliloquium and Desolator has been to simply write and play music that we enjoy ourselves and not think too much about it. We've seen results by being stubborn and passionate about what we do.

Sweden has a lot of death metal, thrash metal, black metal and retro-trend bands. I'd love to hear more Nevermore-ish bands doing extreme takes on progressive metal. Borderline progressive metal and rock stuff, too! Also, there's not all that much going on in the doom and gothic territory. Classic bands like Katatonia, October Tide and Draconian keep the ball rolling, but there's definitely space for more quality bands there, as long as they bring something original to the table.

RP: How in the world did you manage to get the rights for the deathdoom.com domain?

It was fully available back when I started the website around 2016. Today, is has around 8 000 monthly visitors. Quite a good way to promote Soliloquium!

RP: What would you say is the difference between death doom and doom death?

Oh, that's a tricky one. I don't really differentiate that. But I've seen people do it when it comes to Soliloquium and my online content. And sometimes people are annoyed when I market Soliloquium as a death/doom metal band. It's tricky when you have an eclectic band, and you still need labels to promote it. Death/doom and progressive metal are the labels I usually use.

The tricky part of that discussion is when bands like Autopsy, Asphyx and the like comes up. I really don't consider them doom metal. It's more like slow death metal to me. The death/doom and doom/death thing feels like a pretty personal genre distinction. I've seen so many different thoughts on it.

RP: I was gonna ask you about how to promote your band online, but it seems that you were already ahead of me. Anything you'd wanna add that you didn't mention back then now that you were briefly #1?

That video is pretty fresh and up-to-date, actually. Maybe think more about overall simple content creation and Instagram, which I'm pretty sure I wasn't as into at the time. Just about trying to be that band or person that people keep seeing all the time on social media. Ola Englund has a rather blunt rant on the topic that's quite eye-opening (and mostly true, in my opinion).

Haha, that's an old classic from when I was like 19 years old. Don't want to take it down since it's pretty nostalgic. Way to uncover my hooligan past to the Metal Storm readers!

Haha, I actually don't like that album that much. I appreciate that they made something original and crazy, but if I listen to Gorguts, it's usually something old from the early 90's.

RP: You do actually have a Metal Storm profile. How did that come to be?

I've been trying to promote Soliloquium and Desolator on metal forums, so Metal Storm came on my radar pretty early. I used to be very active on forums back in the day. Sadly, most of them disappeared in favor of social media. Metal Storm is also good for finding new music to listen to, through ratings, rankings, similar bands and other site features.

RP: I saw in your profile that you did attend Rockstadt Extreme Fest 2017, one that I also attended. Why didn't you say anything? Did you perform there or were you just there for the bands? How did you survive the rains?

Wow, that's a cool coincidence! Would've hit you up for sure if we had this interview prior to the festival. I was just there to see bands and explore some of Romania. Gigs from Leprous, Napalm Death, Suffocation, Arcturus and Sólstafir were awesome. I remember it being scorching hot on the camping grounds, and also insane amounts of rain when Nile was playing. The whole fest was a fight against the elements, trying to party while being burned to shreds or rained on, haha! Brasov was a killer city, too! Really good memories from the trip.

RP: Give us some hair maintenance tips.

Drink a lot of beer. Headbang. Buy plenty of Soliloquium and Desolator merch!

Posted on 28.04.2020 by
RaduP
Doesn't matter that much to me if you agree with me, as long as you checked the album out.
More interviews by RaduP ››