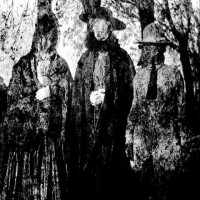 An Autumn For Crippled Children is for me one of those strange bands where I absolutely adore one of their albums, in this case "Try Not To Destroy Everything You Love", but I don't particularly care for anything else they've done. I will gladly listen to anything they're coming out with, but I don't expect to ever be wowed as much. Now with the opportunity of interviewing the people behind it, I had to refrain myself from asking specifically about it since, after all, they're trying to promote their new album, pictured below, so maybe I could get a little bit of insight into what goes into putting emotions into music instead. 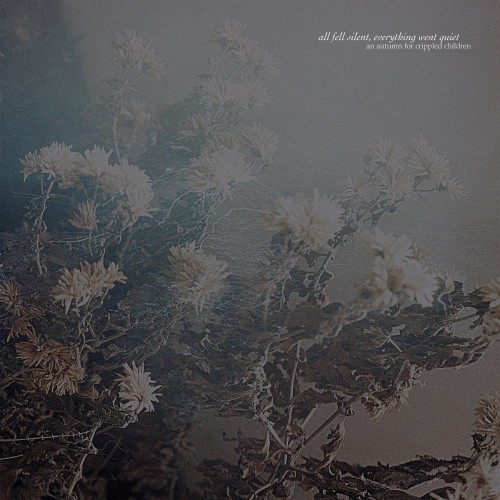 All fell silent, everything went quiet

RP: You've released eight albums in eleven years. How the hell did you manage to avoid writer's block?

AAFCC: I don't know to be honest. Maybe the fact that in-between writing/recording records, we don't really interact that much, nor practice. Every time we meet, it still feels fresh.

RP: Mandatory question: what do you feel sets "All Fell Silent, Everything Went Quiet" apart from previous AAFCC albums?

AAFCC: We say this with every record, but genuinely feel these are the best songs we've written. Writing songs can be seen as a craft. Over time you will get better. That's how we feel.

RP: Do you ever feel like your prolific output might negatively affect either the quality of the music or your listener's saturation with your music?

AAFCC: I don't think quality is being affected. We record what we feel is the best we can at a certain point in time. I would not know about the listener's saturation. Don't seem like that. Also I think a lot of people discovered us when we already had few records out.

RP: You don't have any lyrics published for your songs, and yet the titles and the music itself are still vessels for the emotions. Why do you think that the emotions we feel from a certain sound are so universal? Do you think that if you showed a sad song to someone who has never heard music before they would be able to identify it as sad?

AAFCC: We usually use the riffs and melodies that give us the strongest emotional reaction. If we all feel the emotion, you bet other people will too. It's all a game of tension and release in our music. Emotion plays a strong part. And yes someone who has never heard music and is receptive to music (not everybody is) will recognize the conveyed emotion.

RP: One of the best things about AAFCC is the range of emotions displayed, from melancholy to bliss to sadness to anger. What would you say out of all these is the hardest to translate into music?

AAFCC: The hardest part for us is positive emotions. Really big major chords just do not work for us. But still people seem to find positive emotions or feelings in our music. So we must be doing something right. As with everything in life... you can't have one without the other (negative/positive).

RP: Without pointing any fingers, do you feel that some of the negative emotions displayed in a lot of metal music are not entirely authentic? When you first started AAFCC, did it feel like sincerity was something that was lacking in metal music?

AAFCC: Oh yeah... it often feels like people are putting up a show. On the other hand there other bands/people that do feel genuine. We did not create the band to counterbalance the unauthentic ones... we just needed something to express ourselves in a genuine way.

RP: Society has certain expectations that govern the expression of our emotions, particularly negative emotions, and that can make it difficult for people, especially men, to deal with feelings that are deemed inappropriate to talk about or even dangerous to express publicly. Does music offer satisfactory catharsis for emotions you have that you might otherwise feel pressured to suppress?

AAFCC: I think yes. Being open and vulnerable can be difficult and even scary sometimes. We try to be good as possible at these things in real life but expressing them through music certainly makes things much easier to deal with.

RP: Do you ever regret that you chose not to release your lyrics? Did you ever write a line so great that you almost considered breaking the self-imposed secrecy?

AAFCC: We sometimes include small snippets. But we also feel like sharing lyrics will make us feel too vulnerable. Lyrics can be so personal, that we really don't want to share them publicly. There's all sorts of contradictions in doing it like this, but until now, we thought that was the best way to go about this.

RP: Do you feel like the lyric secrecy gives you more freedom in regards to their content or the language in which they're written?

RP: How do you feel about ambiguity in meaning? Do you resonate more with a song that is very ambiguous or more specific in its meaning/narrative? "All Fell Silent, Everything Went Quiet" is the longest and most poignant album title you've had since "Try Not To Destroy Everything You Love". Since you leave a lot of the meaning and emotion to be transmitted from the title alone, how do you think titles like these do that compared to something more ambiguous like "Eternal", "Lost" and "Everything"?

AAFCC: You know that trance-like shock state when you just heard some terrible news? That's what the album title is about. That very moment when the world seems to grind to a halt and fall apart.
But yeah... most of our songs deal with love and death in some sort of way. Everybody has felt Lost at some point in their life. Everybody has had thoughts about nothing being Eternal... or how you wished some things would last eternally. Everybody has had the feeling where you ask yourself "What's wrong" and the answer is Everything. At least we think so.

RP: Why do you think it is that shoegaze has been blended with metal music more often and more succesfully compared to post-punk? Or is it just the lazy journalism that sees everything blackgaze as black metal + shoegaze, without ever looking into post-punk, post-rock, dream pop, space rock, screamo, post-hardcore, goth rock and ethereal wave?

I have no idea. We actually come from a more doom/death, early nineties, "Peaceville three" kind of sound mixed with nineties black metal and nineties indie music. It evolved more into this 'indie through a black metal filter' kind of thing. And we just really dig post punk drum and bass lines. It feels like music in general seems to blend to something. I don't know. It's really hard for anyone to keep track of where all the influences come from i guess. We just trust our gut instinct when creating music.

RP: On this note, I know you were very influenced by early black metal like Satyricon and Emperor, as well as early death-doom like My Dying Bride and Katatonia. But leaving aside the metal, what would you say are three non-metal albums without whose existence AAFCC would not sound as it does today?

RP: I'm not entirely sure how comfortable you are with the blackgaze label, but it's clear that a decade later, you are one of the more important bands of that movement, as well as one of the earliest. How do you feel about the label, your impact, as well as where this sound is headed? Do you feel any kinship with bands like Alcest, Lantlôs, Deafheaven or Violet Cold?

We hate the label because we don't feel at home with those bands that get associated with that genre tag. At the same time, we get that we get thrown into that genre group. Ah well. I like Lantlôs for sure. But don't care for the other ones you mentioned.

AAFCC: Dutch BM is really on the rise actually this last two years. But really don't care for it actually. There has been an underground scene for years but most of that stuff is not really good imo.

RP: What was the last movie that you watched that you felt made a lasting impression on you and what was it that made it do so?

AAFCC: Oh, easy. Midsommar. Not even a big 'horror' dude but it felt original, weird and full of extreme emotions.

Posted on 26.05.2020 by
RaduP
Doesn't matter that much to me if you agree with me, as long as you checked the album out.
More interviews by RaduP ››