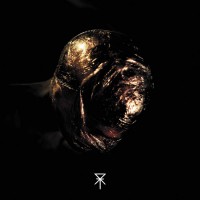 
Wheelfall's The Atrocity Reports is an experience rather than an album, a dark, almost psychotic ride in the shadows that will seep its way into your brain long after the album has finished. The French band walk the fine line between ambience and heaviness like a tightrope walker, teasingly leaning more to one side before shifting its balance and throwing you for a loop.

The band may have started out as a stoner band but unless having one hell of a bad trip is your definition of stoner then industrial post-metal would now be a better description. Creating a sound that takes the harsh industrial bleakness of Godflesh and mixes it with the ability to create ambient realms ala Cult Of Luna, Wheelfall concoct a potent blend.

The Atrocity Reports is a dark, aggressive and broody album that at times will draw you in with its twisted charm before then reaching for your jugular as you let your guard down. The one-two of "Violence Is Seduction" and "Impenitent" is a highlight of this. "Violence Is Seduction" is an apt title for the track, entrancing you with its bass build up into the an infectious groove that is eerily hypnotic and heavy. "Impenitent" just smashes you over the head with unfiltered aggression, providing a ying-yang dynamic with each other. Normally tracks like "Control" and "A Murmuring Swarm" would be considered throwaway tracks with no value; on this album they fit the mood perfectly, almost as if the album must have a cathartic release from itself.

The production on this album is perfect; everything is coherent but without castrating the music of its malevolent charm. The album finds the right balance between droning and clearness that is essential for albums of this nature, giving an air of menace and suspense while not being leant on too hard. You are baited in trying to hone in on what you are hearing, and it is then that the band have you hooked.

Where the albums falters is with "Black Bile"; it feels like a poor attempt at doing a Lou Reed-type song, and not the good type, more Lulu Reed than Transformer. The band go all in on this, but unfortunately it just does not work. It is certainly an album that works best when listened in full, where picking apart tracks to stand on their own often leaves them exposed without the preceding track to set the mood; strength in numbers is the name of the game here.

The Atrocity Reports is a solid effort that will leave you disorientated but clamouring for more; able to set the scene before burning it down, Wheelfall take no prisoners with their sonic brew. If you failed to heed my warning that this is not the stoner band of old, hopefully you'll emerge from the smoke when you feel safe sooner rather than later.