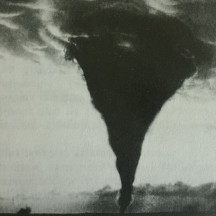 
I don't mind retro pastiche that much, but I really enjoy it when artists can nail rehashing an old sound but doing it in a pretty unique way. It's hard to think of anyone doing this 70s melting pot better than Jess And The Ancient Ones.

I have some slight reticence in calling this the best Jess And The Ancient Ones album. Firstly, I haven't listened to their other albums enough times. Secondly, it always feel like debut albums and generally earlier albums get more of a pass at rehashing sounds, so even if songwriting gets better later on, earlier albums are still more fondly looked upon. And thirdly, it would feel like I am intentionally hyping up a band's latest release because it is the latest release and I had more opportunities to give it re-listens and pay attention to it. So, you know, take what I say with a grain of salt. But I enjoyed this immensely, more than I remember enjoying their previous material or most other 70s retro bands.

I reviewed the solo album of the singer, the one under the Jess By The Lake name, which was a lot less occult psychedelic and more soulful than the material of the main band, so I was curious to see how would coming back to this sound be like. I have to things that blew me away most of all. I have forgotten just how awesome Jess' soulful vocals were, and I don't think there will be any album ever that features her vocals which won't have them blow me away. Now, of course, there are a lot of great singers out there, but the way her vocals perfectly complement the retro sound of the record just makes it so fun to listen to. And then, while all the instrumental performances are great in their own right, it was the keyboard playing that jammed the hardest.

Occult psychedelic rock doesn't really feel like enough to describe their sound, especially with how oversaturated that genre had became in the past decade. I already mentioned the soul influences that come mostly through on the vocal side, but there are touches of progressive rock, art rock and even something that would fit some Italian giallo movie soundtrack. This is 70s music by people who actually listened to more than meets the decade's surface. This is more Eloy and Goblin and Van Der Graaf Generator rather than just Yes and Rush and Pink Floyd. And all of it is a melting pot that builds upon the strengths of all the sounds rehashed here, and the result sounds like something that no other band could have done as effectively.

And in the end, I just wish the cover art actually had anything in common with how vibrant this feels like.

Written on 10.06.2021 by
RaduP
Doesn't matter that much to me if you agree with me, as long as you checked the album out.
More reviews by RaduP ››