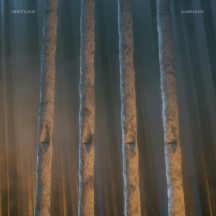 
It is truly an achievement to be one of the godfathers of funeral doom metal, yet still being able to conjure up new sounds that shine true with pride and defiance against death.

The slow, painful march of these Finns started 3 decades ago. With Companion as the band’s sixth album, it is clear that Skepticism values patience, meticulousness, and quality over quantity. Yet each release has been an instrumental part of their long, unique journey. Perhaps one of the key elements to Skepticism’s long success and relevance among their peers is their ability to know exactly what to alter and what to keep or develop further. This fine-tuning has resulted in masterpieces like Farmakon with its mechanical, droning, dark ambient experimentations, and Alloy with its more direct songwriting and grand production. Their debut, Stormcrowfleet, remains one of the most definitive iterations of funeral doom metal, though. It carries a sound that bands are still trying to emulate to this day: the lifeless drums with their devoted, ritualistic beat, the earthly vibe of the whispering growls, the heavily distorted and slow guitars, and of course… those keyboards. No band in doom metal has put so much emphasis on the keyboards as Skepticism, and the massive sound of a pipe organ has always been the most recognizable aspect of their music.

So, how does Companion stack up against the previous opuses? Well, I can safely say that Skepticism isn’t only a band that keeps on giving, but also keeps on growing. I was taken aback at how bright and omnipotent the album starts. The wall of imposing riffs, bombastic drumming and string-like keyboards create a celestial sound, but it is counterbalanced with loud and aggressive growls. It might be Matti Tilaeus’ most powerful performance to date, as his vocals do not sound as whispery and mysterious as on previous releases. Instead, they sound defiant, filled with conviction, and demanding of your attention. This “in-your-face” tone is maintained throughout the whole album, and the production is one of the reasons for that. The guitars in particular carry a very meaty, death metal sound with chugging, dissonant riffs like on “The Intertwined”. The riffs sound particularly dark and ravaging on “Passage”, with its opening section being more than enough to prove that Skepticism can create a very evil atmosphere when they want to.

On these songs, the keyboards know when it’s time to step back and let the riffs carry on with the funeral hearse. Do not worry, though, for when they shine it is with utmost elegance as they nail the genre’s main theme down to a tee. “The March Of The Four” is the perfect reminder of that, with the most mournful of melodies guiding the other instruments through a crescendo of heart-breaking quality. The two minutes of constant evolution that starts at the 4:30 mark makes me feel like my soul has been gently taken away from my body, peacefully carried away to my final resting place. It is without a doubt one of the album’s highlights.

An important aspect to analyze from Companion is how Skepticism manages to re-invent themselves while keeping a foot on traditional ground. This is particularly true on the album’s second half. As the pitch black intensity of “Passage” ends, “The Inevitable” sets new atmospheres with acoustic guitars, faster tempos and one beautifully crafted guitar solo. These sections are impeccably written, and this becomes even more evident by the closing track, “The Swan And The Raven”. The progression throughout the whole track is astonishingly creative. The dramatic neoclassical beginning gives way to heavy riffs that, while still being Funeral Doom Metal in flavor, will most certainly pick up the attention of post-metal/rock fans.

Companion is a deeply touching album and an extremely important statement from the band. It is a culmination of sorts after 30 years of hard work. It showcases the band’s journey through epic and triumphant songs, and solidifies Skepticism’s place up front, apart from the rest of the scene. It is an old, powerful beast that fiercely takes hold of your heart through modern sounds.