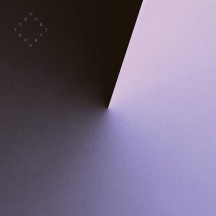 
This post-black metal band is more ‘post-‘ and less ‘black’ than ever.

Der Weg Einer Freiheit have come a long way from their self-titled debut released at the beginning of last decade. From the monochrome artwork to the elaborate band logo, Der Weg Einer Freiheit appeared very much to be a straight black metal release, and an onslaught of blast beats and tremolos backed up those first impressions. Still, even back then there were the faintest glimpses of a more atmospheric direction veering towards blackgaze or post-metal, glimpses that became increasingly visible on subsequent records. By 2017’s Finisterre, even though there were regular black metal onslaughts, the presence of euphoric post-rock shimmers and extended quiet builds was well-established. Nevertheless, even compared with Finisterre, Noktvrn feels like a bold leap forwards.

The brief introduction track (titled “Finisterre II”) is straight-up post-rock, with crescendocore-style soft tremolo laid on top of melancholic acoustic guitar, and when the track transitions into “Monument”, there’s another couple of minutes of ponderous, mellow atmosphere-building before the first rush of anger. Even when the distorted guitars and blast beats arrive, the tone is more in line with uplifting blackgaze bands than anything particularly harsh, particularly when post-rock leads are re-integrated into the mix. Still, Noktvrn isn’t a blackgaze record from front to back; “Am Rande Der Dunkelheit” takes things in a darker direction (fitting for a song that translates to “On The Edge Of Darkness”), with bleaker chords and more relentless instrumentation, although even then, the closing minutes of this song are effectively post-rock played above a blackened base.

I’ve mused upon the meaning of ‘post-black metal’ as a term before, but Noktvrn is one of the albums that feels closest to the concept of ‘post-metal played with blackened riffs and vocals in the loud moments’. At times, it’s even debatable whether it’s blackened; “Immortal” alternates between quiet instruments with rich clean vocals and an aggressive trudge that can barely be considered blackened. “Gegen Das Licht” finds a more even balance, with the lengthy post-metal build eventually giving way for jagged guitar tones and blasts. “Haven” goes even further by abandoning metal almost entirely; this is a straight-up shoegaze song.

So, the ties connecting Der Weg Einer Freiheit to black metal are becoming more and more tenuous; is this actually an issue? It probably depends on what you’re hoping for from their music. Anyone who preferred post-rock and blackgaze to be secondary elements within a primarily black metal sound may lose some interest over this development, but for those keen on these more melodic/atmospheric styles, Der Weg Einer Freiheit do compose songs in the style well, with well-judged development and transitions that are ably supported by a strong production job. Arguably, their attempts at post-metal don’t stand out against established bands within that genre; however, “Immortal” and the ending minutes of “Gegen Das Licht” make a stronger impression on me than the more blackened “Morgen”. Noktvrn is a very competent album that makes a poweful impact in its finest moments, although it’s not quite in the upper echelons of post-metal in 2021 for me.