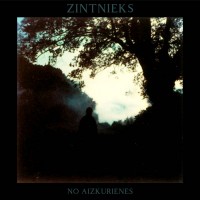 
In Latvia, there was Skyforger, there is Skyforger, and there always will be Skyforger. Then there's something that we call "other bands that try to reach the top of rock'n'roll."

Sludge, stoner, and psychedelic doom are a rising brand in metal, with an underground movement that is slowly reaching out from local lakes and growing wider in global meaning. Playing it and listening to it is cool in the way that skate punk and grunge, later nu metal, used to be; now it's sludge. There was a period where having a female bassist was "cool" and many alternative bands had one; now it's a normal thing. We have grown away from those stereotypes. Why do I bring this up? It's because of this band's female vocalist, Elizabete Frišfelde.

This band started its activities some time in 2018 with four unknown members and Darrva bassist Maize. Their sound is sludgy, buzzy, weird, and hyperemic, made up of slow, crusty guitar passages and spacey elements; it's only while you're trying to listen to the bass and drums that suddenly the vocals come up. There are long gaps between the vocals. With four songs and a little under 60 minutes of play time, you can probably picture it correctly: it feels like an instrumental album, but it isn't quite. The album is balanced, done well in a studio. I have a feeling that this was done through old-school jamming sessions; each instrumentalist knows what to do and how to make the right sound and how to make things interesting to the listener while they're waiting for the next vocal part to arrive. Not many bands can do that.

But there are also some problems, like what many Latvian bands have: information and language. Like I always say, if you want to go for international success, try English. If you don't play pagan/folk/black metal and you don't speak a Germanic language, English is the solution. If you look at the band's Facebook page, there is little information; it seems that this band has played a few live shows and has also been on a few radio shows, but otherwise it's a dead and forgotten grave. You need to be active. We have Roadburn Festival, where many similar buzzsaw bands play, and many don't even belong in metal. Why? Promotion on social media. I found this band by accident and chances are that many people will never follow it. This band has the potential to play many gigs - and, who knows, Roadburn - but, then again, I'm saying this all the time, and it's not my decision, telling people what language to use.