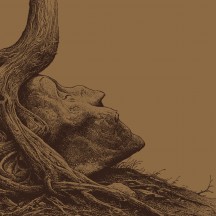 
Every night before going to sleep I check under my bed for Thou.

Ok, let me explain the joke. I went to Roadburn Festival this weekend. Bunch of bands, bunch of stages, bunch of clashes, always something to see. Back in the 2019 edition, the last one I'd been to and the last that happened before the pandemic, Thou were artists-in-residence, meaning that they played four sets, one in each day, some of which were surprise sets announced mere hours before taking place. Thou were not announced to play at this 2022 edition, but on the first day a surprise set was announced in the skatepark. Ok, cool, that's just one set. Next day, they announced a surprise set that was a collab with Mizmor. I'm starting to see a pattern. Next day, a "Thou & Friends" surprise set. And on the last day, everybody knew what was gonna happen, but the bastards waited until the very last moment to announce a "Black Sabbath Tribute" that would end the festival. Thou were not named specifically, but everyone knew what the hell was going on. The next day, the Facebook group was full of "Thou surprise set at the airport" jokes.

Anyway, that's the Thou joke. Mizmor also played a full album set, but at least they had the courtesy of properly announcing it. And out of all those secret sets, it was this collab between the two that happened on the big main stage, and most of it thankfully didn't clash with anything else. I still left for the Health set, but apparently the set was over before it was supposed to, meaning that they didn't play the entire album live (the album also having surprise dropped that afternoon) and that my initial plans of reviewing the album as they were playing it live would've been futile. Now I'm home, and I can listen to the actual album in all its glory.

I have to preface by saying that this album is huge. 73 minutes. Sounds gargantuan too. Did it need to be 73 minutes? Probably not. Do I mind that it's 73 minutes? Only because I have to wait a little longer until I can do something else. And now the best thing about it is that I haven't heard Thou dabble in black metal that much, nor Mizmor in sludge. So even if the bands have a lot of doom common ground, the most interesting moments are the ones where each band pulls the other in a sound that they're not usually dabbling in. The result makes the two bands seamlessly integrate with one another, though it probably helps that Mizmor is one musician, while Thou are like six. Meaning that most of Mizmor's direct intervention is felt in the vocals. I mean, not the first time the two were on a track together.

I feel like I'm just gonna repeat myself saying this, but this is so seamless. Yes, Thou sound like though a lot of the time, and Mizmor also sounds like Mizmor a lot of the time, but Myopia is the union not the intersection (if you catch my drift) between the two. The whole range is covered, and none of it feels like it's forced specifically to give ground to any of the two forces. Both have already polished their collaborative sprits, so that is really not a surprise, unlike this album's release. It makes complete sense that it happened, and the album just works. But, as I said, did it really need to be 73 minutes?

Some bands just won't stop until they've collaborated with every band under the sun. Hide your local bands or Thou will find them.

Written on 27.04.2022 by
RaduP
Doesn't matter that much to me if you agree with me, as long as you checked the album out.
More reviews by RaduP ››