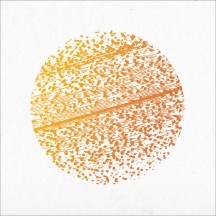 The Gathering are another one of those acts that revolutionized metal in the 90s only to leave that genre by the end of that decade, with the strongest parallels being with Ulver and Anathema, though it's the latter that these are at their strongest. Both acts starting out as gothic death doom acts, leaving aside the death part, and then shifting into a more atmospheric progressive post alternative rock. It's not such a complicated sound as the multitude of tags make it out to be, but both bands created this sound that was pretty hard to categorize by existent tags, while clearly taking influence from all the aforementioned genres. The Gathering are pretty special though, with 1995's Mandylion solidifying the "female-fronted gothic doom" sound that also eventually also helped birth the same trope in symphonic metal, thus also launching Anneke Van Giersbergen's stardom in the metal world. She eventually left The Gathering in 2007, only rejoining for an anniversary concert. Her shoes were pretty big to fill, but Octavia Sperati's Silje Wergeland seemed pretty up to the task.

And now we arrive at The Gathering's first album in nearly ten years. It's a pretty weird point in their career, as they're pretty much taking up from where they left of with 2012's Disclosure and its B-sides counterpart Afterwords, both of which had a relatively lukewarm reception compared to their 2000s material. Of course it's not just the loss of their original vocalist that lead to that lukewarm reception, as Silje's vocal style is a really good fit for The Gathering's sound and that's obvious here as well. And at least this time they had the courtesy of releasing the B-sides counterpart, Interference, on the same day, and to make it an EP so it doesn't get mistaken for being a self-standing album. And as far as Interference is concerned, both of the original songs on it could've easily landed on Beautiful Distortion, but it's the last track on that EP that is the most telling, a live version of How To Measure A Planet?'s title track that does make me feel that out of all classic The Gathering albums, Beautiful Distortion feels closest to that album.

There's a subtle space rock sound to Beautiful Distortion that combines with the post-rock and art rock to mirror a bit of that album's vibe. The album is not as long as it, but the songs do feel a bit stretched in a similar way, which was a gripe I had with that album as well. And even when compared with Disclosure, that album was also pretty similar in sound but a few listens in and I don't feel like Beautiful Distortion has the same show-stopping power that "Heroes For Ghosts" or "Paper Waves". It's not that the songs are bad or even boring, but a full decade having passed, The Gathering brand of atmospheric rock feels even more dated, and as a band that has had quite a bit of innovation with each album, most of Beautiful Distortion's innovations lie with how great the production sounds, especially in regards to the synth sounds. Guess what other The Gathering album was also produced by the same producer? Just so you don't think I'm exaggerating with the HTMAP? comparisons.

Maybe Beautiful Distortion is a bit dated and not as vital as some of their other albums, but it's still so recognizably a The Gathering album, complete with the upsides and downsides. So even if not everything gels seamlessly and some moments feel overly long. But The Gathering's sound is as beautiful as ever, and as much as it may feel like background music to some, it's some really beautiful background music. The mix of genres, even if it's not wild, feels eclectic after all this time. And this batch of songs? Pretty good. Sije's vocals? Pretty good. Their comeback? Welcome. The distortion? Beautiful.

Written on 05.05.2022 by
RaduP
Doesn't matter that much to me if you agree with me, as long as you checked the album out.
More reviews by RaduP ››