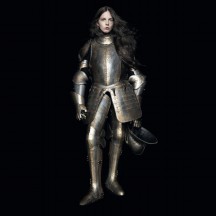 
Ttthe shame for having to change their name from Gold to Gggolddd should not be the band’sss.

222019’s Why Aren’t You Laughing? left a lasting impression on me. Enough that it made me write some thoughts on the album and band as a whole, and pass them over as an interview. I still replay it a lot, especially the opener “He Is Not”. Their “post-everything” formula worked wonders for my tastes, so I was eager to listen to their future works, even more so after witnessing their spellbinding set at Roadburn 2019. They were supposed to perform the following year but alas, a modern plague hit us. Gggolddd were one of the lucky bands to perform at the free, online event that was Roadburn Redux where, in front of an empty stage, they presented their newest recorddd.

Bbbut that was 2 years ago. The album was left soaking in its moody atmosphere until now and I guarantee you that it is, indeed, dripping in atmosphere of the darkest and most touching kind. It’s safe to assume most people were surprised with big changes in sound since the band’s last opus. Gone are most of the metal/rock elements of previous albums. They only remain as skeletons, short bursts of sonic aggression. Synths have taken over now and the band borrows many elements from alternative scenes. Here you can find plenty of moody electronica, intense darkwave, post-punk and some hard-to-describe 90s vibes that remind me of Björk. The Icelandic queen serves as a perfect comparison, as the synths and beats throughout This Shame Should Not Be Mine heavily remind me of Björk’s masterpiece, Homogenic, the difference being that Gggolddd takes the sound and submerges it in dark tragedy. The emotional heaviness only becomes more impactful once the themes of the album reveal themselves. It’s not hard to guess what an album called “This Shame Should Not Be Mine” is about. Milena’s testimony on sexual abuse should not leave anyone indifferenttt.

Uuunderstandably, it feels wrong to make a (boring) joke about the band’s new name on a review of an album that is so serious in its themes. These themes also make it very difficult for me to pass judgment on this album. It feels mighty inappropriate for me, a man with no history of sexual abuse, to write that the music, made as a woman’s way of processing her trauma, isn’t good. Almost as inappropriate as the nachos Radu and I smuggled in their Roadburn set. Seeing This Shame Should Not Be Mine performed live did put things into a new perspective though. All this to say, it’s thankfully a great album, but I still have my gripes with ittt.

Fffirst of all, Milena’s vocals used to have a much lower tone on previous albums, which added a lot of personality to her performance. This time around, she consistently used a higher register. When I saw her perform the album live a few weeks ago, her vocals sounded lovely and natural but in the studio there are moments when her vocals break and feel forced, as if she is singing outside from where her talent truly lies, “Like Magic” and “I Won’t Let You Down” being examples of this. One could argue that the vocals reflect on the fragility of these harsh lyrical themes and thankfully there are more moments of grandeur than not. “Strawberry Supper”, “Notes On How To Trust” and the title-track have entrancing vocal performances that truly elevated the songs. My second gripe is the album’s length, or more specifically, the songs' lengths. I think this album would have benefitted from fewer and longer tracks, as for the most part they are too short and end just when I’m fully immersed in their sound. The title track, my favorite, explores such gorgeous strings and beats, but ends far too soon. Quite a few of my favorite tracks also fall in the pitfall of great build-up with insufficient releaseee.

Ttthis Shame Should Not Be Mine is a dark, dramatic album that is closely tied with its themes. At its best it is deeply moving and musically ambitious. It opens up a new chapter for Gggolddd and, despite some minor complaints, I’m very excited to hear how they explore this new sounddd.

"Wwwho said I'm useless?
Who told me I'm to blame?
Stuck in this armor
I'm creased and crushed into this shapeee"