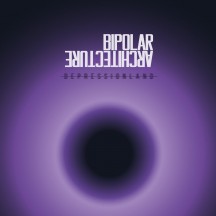 
01. Depressionland
02. The Criticizer
03. Expectations
04. If Words Were Swords
05. Dystopia Is The Reality
06. Surrealistic Forces
07. The Tragic Protagonist
08. So I Altered
09. Papercuts


You might remember Bipolar Architecture from our Clandestine Cuts series. Here, they take the big step in creating a progressive post-metal debut full-length.

Bipolar Architecture join our ever increasing list of "Clandestine Cuts graduates", meaning bands that we covered in our Clandestine Cuts series that have went on to move unto the full-length stage. We covered their debut EP, The Tragic Protagonist, a while ago, and even then they showed a lot of maturity in their songwriting for a first release. Well, it's not really surprising considering that the members have been making music for more than ten years as part of acts like Heretic Soul. But it is surprising seeing a death metal band basically having morphed into a new post-metal project.

Considering Bipolar Architecture's background in Heretic Soul, you'd expect death metal to take a bigger share of the sound palette and influences, but ironically Depressionland dabbles in everything from prog, djent, black, gaze, post-rock, but not death metal. On The Tragic Protagonist, there was a bit of a transitional feeling, especially in the vocals. Vocalist Sarp Keski really sounded like a death metal vocalist, albeit not necessarily of the guttural kind, which did add a bit to the appeal of that EP. Here, there's more of a blackened sludge edge, something completely fitting of the post-metal context, even if it's far from a huge difference.

I've already mentioned the plethora of influences that seep into Depressionland, with prog and djent already being big parts of their sound on their debut. Here, some of the djentier sides have been toned down to create a more dynamic and nuanced blending of post and prog, something not too dissimilar from the recent Playgrounded. And as post-metal often aims to feel colossal and crushing, there's a nice change of pace into something more melancholic and atmospheric, while also avoiding falling into the prog's pitfall of needless emphasis on intricacy. And the tracks from the EP addended at the end do fit in quite nicely without disjointing the flow.

In a lot of ways, Depressionland is a pretty simple album, effective in its atmospheres and buildups, but simple nonetheless. It's an album that knows it's strengths, with the superb production aiding the atmospheric soundscape, and the lyrical side building upon the EP's philosophical and emotional backbone.

Written on 30.06.2022 by
RaduP
Doesn't matter that much to me if you agree with me, as long as you checked the album out.
More reviews by RaduP ››