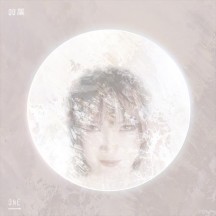 
Djent-tinged progressive metal from East Asia? Where have I heard that before?

There's still quite a difference between Ou and Windrunner, and it's not just the fact that Ou are Chinese whereas Windrunner are Vietnamese, or that One is a debut (evidently implied by the title anyway) whereas Tan is not. The sounds are pretty different too, and even if both have a base djent-tinged progressive metal core, Windrunner take it in a more metalcore direction and rely more heavily on the djent aspect, whereas Ou are... different. I don't want to waste too much time comparing Ou with that one other band from the region who also happened to release an album with surface-level similarity in the same year, but it is weirdly cool that that happened.

Well now, I said that Ou are different and that's a bit brief and anticlimactic. From the very beginning of "Travel", the album's opener, Ou explode with such unconventional and bright energy that shows them making an impact from the get go. The electronic tinge of it combined with the exuberant poppy vocals create such a stark culture shock that it takes most of the first listen just getting acclimated to how to tone down that part of the brain that yells "obnoxious". Ou make the wise decision of toning down that hyperpop prog and journey on more ambient territories for some of the songs, switching the maximalist brightness for minimalist ethereal. Everything from the recent Bent Knee to tricot to the goofiness of Devin Townsend feels like it prepared me for being able to stomach the exuberance of Ou.

One sounds like a bunch of jazz musicians who listened to a bunch of Björk, The Knife, SOPHIE, and then tried to see if a prog metal album could recreate the experience. It is avant-garde almost by design, even without having to take that much from avant-prog itself, but it still does. It is music whose intricacy can be toned up or down almost with the same playfulness that modulates and manipulates the synths and the vocals to sound so uncannily bright. It is music that is impossibly futuristic, like prog music done with a framework not yet available to us, where we're still living among chugs and overlong rock operas and retro epics. I don't want to make a statement like "this is the prog of the future", but a part of me feels like what it would feel like to go to a rock 'n' roll musician from the 60s and showing them Incantation.

Written on 12.08.2022 by
RaduP
Doesn't matter that much to me if you agree with me, as long as you checked the album out.
More reviews by RaduP ››