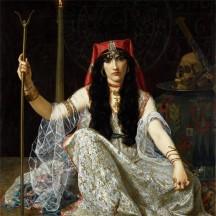 I stumbled upon Ὁπλίτης (Greek for Hoplite, which are also Greek) when looking for stuff that's already released in 2023 before the first release Friday, and given what I've already reviewed so far, I think you might notice a pattern of one-man metal bands choosing this wild west of release droughts to capitalize on everyone starting their 2023 lists. Do you think Ψ​ε​υ​δ​ο​μ​έ​ν​η would've ended up on so many lists if it was released in mid July? Not really. Would I have reviewed it? A nonzero chance, but also I'm glad it found a way to get to me while I also have time for it.

I'm generally skeptical about both one man metal bands as well as anonymous bands claiming to be from somewhere "exotic". Maybe Ὁπλίτης is actually a Chinese musician. Maybe not. Anyway, the music delivered here doesn't feel especially tied to any place or culture, even with the Greek titles and lyrics and all. This is pretty much a take on black metal that has become more and more prevalent in the past decade, something of a Deathspell Omega-ish dissonant black, but with a technical edge that makes it border on death metal as well, making it closer to the aforementioned Serpent Column, with names like Plebeian Grandstand, Ulcerate and Ad Nauseam also being somewhat valid points of comparison to the sound.

Now dissonance and atonality in metal is nothing new at this point, at least not since Obscura happened, but there is something that feels unique to Ψ​ε​υ​δ​ο​μ​έ​ν​η in how it builds on the project's debut EP, Ἡ ε​ἰ​κ​ώ​ν, which was already quite a riff-fest and it makes it so that the riffs on this one somehow feel tonally at odds with one another without cancelling each other out in any way. The album is pummeling in how crowded it is and how the more lo-fi production still lets the riffs have an edge to them. This is something that should not work, but the secret lies in having actually good riffs under all the dissonant and atonal surface, and having the mix focus on the riffs while the vocals and the blast beats often feel a bit more supportive than attention grabbing. It's clear that the production could use a bit more work (and more bass), but in its current state it does enhance some of the album's qualities.

The band also makes pretty good use of dynamics and ambiance, not focusing too much on just mere brute force to pummel their way. And while most of the songs are on the shorter side, they managed to sneak in a longer song to prove some long-form aptitude as well. It is something that I would love to see on future releases (a 15-minutes Ὁπλίτης song when??), especially since the drums seem to take a more dominant role in the more mid-paced sections. Needless to say, this was quite a surprise, and I hope that Ὁπλίτης won't turn into the kind of one-man project that churns out a dozen albums per year.

Written on 05.01.2023 by
RaduP
Doesn't matter that much to me if you agree with me, as long as you checked the album out.
More reviews by RaduP ››