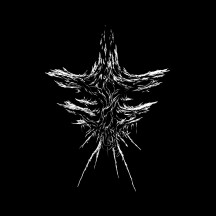 
Now this is the kind of surprise I actually want from Russia.

The early year is a very wild west kind of place in terms of releases. Most people have already done their best of the year lists (except us, you gotta wait until February 1st for that), so the late December releases can often get overlooked. But even those might get some traction because of how little is being released in this couple of weeks period, and people who are tired of just spending time with family in what remains of the holiday season, might still indulge in the already formed habit of keeping up with weekly new releases. But then you have the very early January releases, before any big release Friday comes along. The folks who want to be the first to appear in the new year keeping along lists, the early birds. And right now we have the "another year another Mechina album to sit through", a soundtrack album from Earth, an overly long ambient Moby album, and... wait a minute... is that Rye?

I can't say I've been keeping up with album announcements or anything like it for the past month, so checking the new releases page I was pretty shocked to see another album from a band I had already reviewed. Back then, I was a bit skeptical about the unsigned one-man band nature of Rye (officially named Рожь), since the kind are generally more quantity focused, but given how 2022 passed without a single Rye release (expect a promo single for this album's closer), I can say that I'm not worried about the project overwhelming us with releases. Because as far as the quality goes, Вечное had already put all my doubts to rest, both songwriting-wise and production-wise. So going into В​с​ё, I could adjust my expectations.

And even with those in place, В​с​ё still blew me out of the water. Mostly because of how the atmospheric emphasis that Вечное already had is taken to different levels, to the point where the atmospheric black metal and funeral doom metal bits that formed the skeleton of Вечное feel more like tools that В​с​ё use to create a grander sense of an emotional soundscape. There's a lot more folk this time around, being weaved to create an even stronger sense of belonging or lack thereof. Less of an atmospheric black metal record but one that uses the natural focus for emotion. Less of a funeral doom metal but one that uses the mournful dirges for emotions. Less of a folk album but one that uses the human and cultural aspect for emotion. All of which weave together in such a touching and beautiful way.

A lot of where my gripes lie with В​с​ё lie within the production. If I could excuse Вечное because of how different my expectations were due to the unsigned one man black metal band nature, now I feel like the only moments where I'm taken out of the experience is when the sound feels a bit blunt compared to how warm and rich the music itself is, as if it isn't a strong enough vessel for it. There are moments when the enchanting synths, galloping guitars, choirs, folk embellishments, rhythm section, and shrieks, all feel too overwhelming for the mix, which is a shame because the interplay between all the elements is part of what makes В​с​ё so outstanding. The album knows how it has to create a resonant release to all of its more subtle buildups, and that's something I hope will be able to have even more impact in case the album ever gets remastered.

I'm glad I didn't listen to the already released closer in advance, because that one just feels like the kind of moment that you have to build up to. And the album's 45 minute length doesn't make it feel like anything that's too long to invest all that time for. And it's all the more rewarding for it. Plus, the release date must be rewarding for Rye as well, since now they officially released my favorite 2023 album (so far).

Written on 02.01.2023 by
RaduP
Doesn't matter that much to me if you agree with me, as long as you checked the album out.
More reviews by RaduP ››